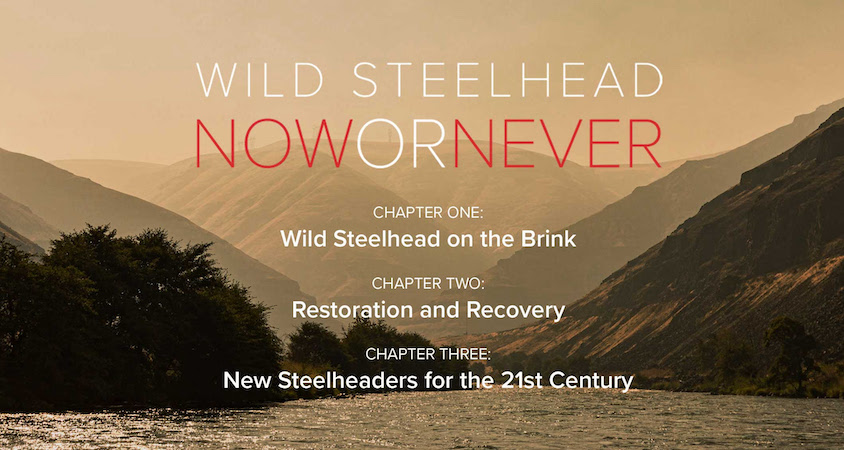 It used to be that being admired as a skilled steelheader meant casting the furthest, rowing the most intense whitewater, fishing through the worst conditions, and catching the most fish. But the stakes have changed. Just being a good angler or only going fishing isn’t enough to save wild steelhead. In the 21st Century, being a steelheader must mean being an advocate and a conservationist as much as being an angler.

Wild steelhead don’t need more exploiters, extraction, and shortsightedness. They’ve had a century and a half of that and we can all see where it has gotten us. Now more than ever, they need anglers who are truly showing up to protect what remains and restore what has been lost.