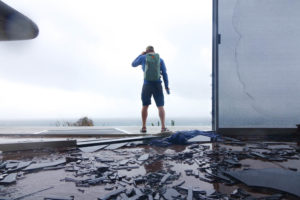 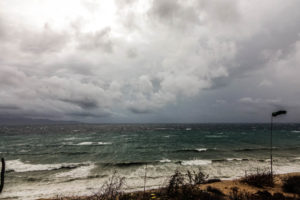 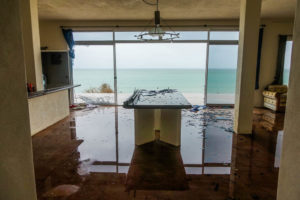 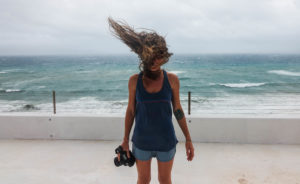 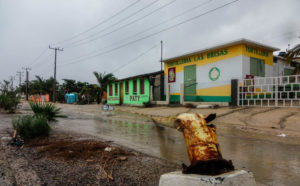 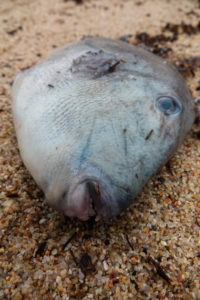 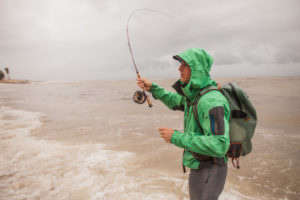 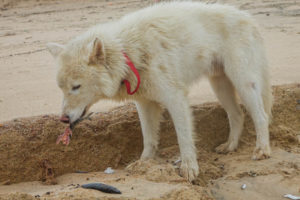 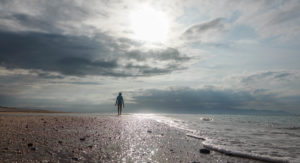 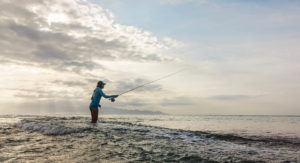 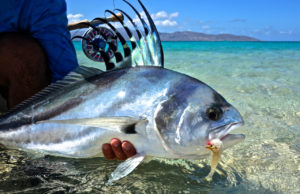 It would have been a fitting metaphor had it not actually happened. Everything has its breaking point. You can only push things so far before they fracture. I’m that way. Glass is that way. And this time shattering glass broke me.

I learned early on to manage my expectations in the salt, especially when flying solo. It was a humbling lesson learned the hard way years ago in the Florida Keys.

Ever since, I’ve tried to manage my salty expectations, but I struggle to suppress the subconscious. No matter how hard I fight, big fish infiltrate my dreams. I can crank the drag on my brain to the max, but it’s never strong enough to stop fictitious fish from spooling my skull. This time I lost that battle long before my bare feet hit the beaches of Baja.

Roosterfish are a cruel mistress. They can be the coldest, cold-blooded creatures. I had endured their inhumanity before. Many times, I had been enraptured by their flirtatious follows. And just as many times, I had been crushed by their callous refusals. I knew all of that. I had experienced it before, but my expectations were about as tempered as the glass in our beachfront Airbnb.

The funny thing about false expectations is that you never know what will dash them. My money would have been on roosterfish, but it turns out their merciless nature paled in comparison to the malevolent forces that decimated my dreams.

In my past, a number of ladies have prevented the satiation of my fishing fantasies. The ire of Marta, Maggie, and Jessica foiled more than their fair share. But none of these fiery females could match the fury and firepower of Lidia.

Like a mermaid, Lidia was formed in the sea. Her arrival on land was both earthshattering and unexpected, at least for us. Her power made GTs feel puny. Her persistence made milkfish seem weak-willed. And her malice made makos appear mild-mannered. She was a punishing force to be reckoned with.

Lidia came in the stealth of night. By daybreak, her surging wake of destruction was palpable. The Sea of Cortez’s crystal clear waters resembled chocolate milk. The beaches were littered with dead fish and debris. Town was shuttered and in shambles. Arroyos had morphed into rushing rivers and roads had become impassable ponds. In just a few short hours, Lidia had transformed paradise into purgatory.

At first, I was too preoccupied bailing water out of our beachfront casa to think about it. But as Lidia’s eye passed over us and ushered in a moment of calm, my once hopeful expectations shattered. It would be days before the rain stopped falling and the wind stopped screaming. And who knows how long it would be until we could see fish in the Sea of Cortez. Sight fishing in choppy beef stew is not a recipe for success.

It was a short-lived respite. Once the gaze of her eye moved on, chaos resumed. The wall of wind and rain rattled our windows. New leaks bubbled up from every crevasse. Each new fountain felt like Lidia had landed a body blow as we slipped and scrambled across soaked floors in a Sisyphean effort to stem the breach. Then Lidia delivered the deathblow.

Like I said, everything it has its breaking point. You can only push things so far before they fracture. After hammering our house with wind and rain for hours, Lidia finally pushed too hard and broke us.

It sounded like a gun shout. The unexpected explosion bounced off the concrete walls and reverberated in our ears. Then came the snap, crackle, and pop of shattered glass shooting across the room and smashing on the cement floor. Powered by a burst of wind, the barrage of broken glass created a blast radius that encompassed the entire room and left a twelve-foot wide gaping hole in the house.

Lidia had already destroyed the fishing. Now with one mighty huff and puff, she blew our house down, ravaging our den of revelry. We hadn’t even been in Baja for 24 hours, and every one of my expectations had been decimated. We were now fishless, homeless, and more than a little pissed off.

As we navigated our mud-caked cars through flooded roads and dodged downed power lines in search of shelter from the storm, my mind raced like a fast-forwarding VHS tape. Ravenous roosterfish eats, heart-stopping runs, screaming reels, hedonistic hero shots, and rewarding releases – these visions played in high speed inside my head.

Lidia had eviscerated every one of these expectations. But as we rally car raced through her wake of wreckage, kicking up mountains of mud and spraying streams of water, those fantasies faded away and visions of this new adventure flooded my mind. No matter how hard I gripped the steering wheel or slammed the brakes, I couldn’t stop my cranium from cranking them out.

Before I knew it, my brain was once again bursting with expectations, new expectations destined to be shattered.