The Thomas Chubb Company was one of the leading fly fishing tackle retailers and wholesalers of the Gilded Age, founded in 1869 with the establishment of the first Thomas Chubb Fish Rod Factory in Post Mills, Vermont.

Thomas Chubb was an enterprising man, having moved North from Galveston, Texas after a bout with yellow fever. After a sales trip to Boston, Chubb was convinced that he could make machine-made rods that were superior to the handmade fishing rods of the time.

He converted a rake and shovel handle factory into one that would make rods out of split bamboo, ash, and lancewood. Chubb had to rebuild the factory after a major storm, but by 1875, his operation was the largest fish rod manufacturing company in the country, employing more than 50 workers.

Chubb was also an accomplished inventor and he has many patents to his credit for improved rod parts, including reel seats. The company sold its rods and parts mainly wholesale, but beginning in 1886, Thomas Chubb produced the first retail catalog—a 56-page marvel with beautiful illustrations. 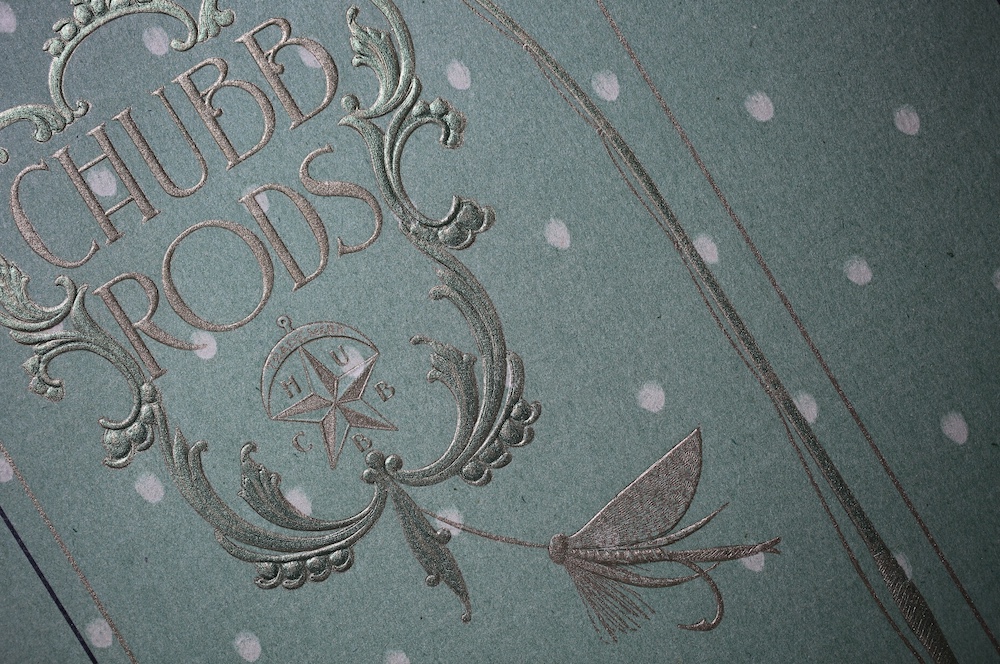 The Thomas Chubb catalogs are beautiful examples of the artistry in his marketing approach, with elaborate design and fine lithographic printing. The catalog of 1891 included 90 pages, with over 48 pages of items for sale, including rods, reels, flies, and other tackle.

Thomas H. Chubb also used his likeness in many of his advertising and promotional materials, and his mug was so iconic that a letter addressed only with a drawing of his face found its way safely to Post Mills, Vermont, preserved for all time by the postmaster there, and now in the collection of noted collector of fly fishing ephemera Jerry Girard.