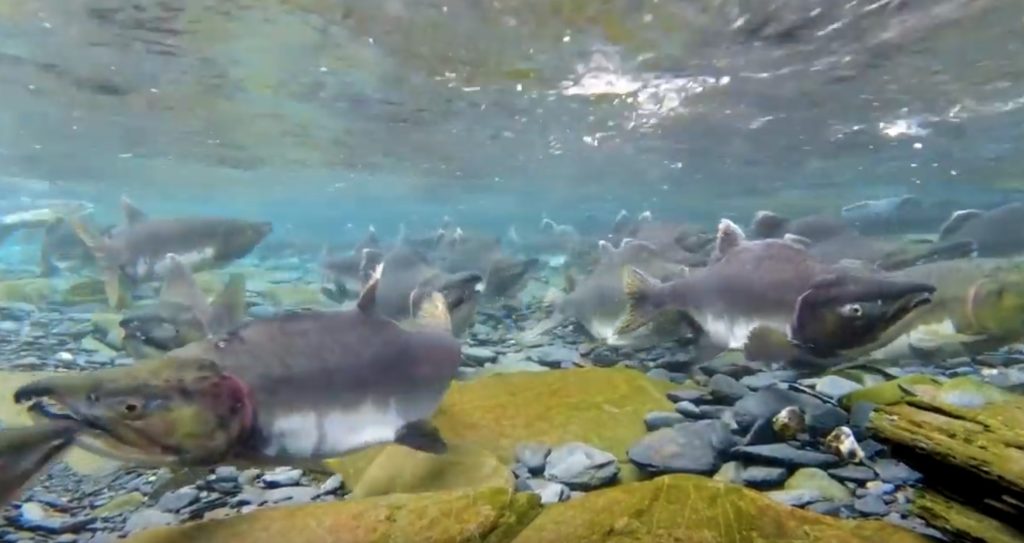 A detailed analysis by Craig Medred of the increasing body of evidence that the massive influx of hatchery pink salmon is crowding out wild salmon stocks.

As Alaskans turn their attention to yet another forecast of a low return of sockeye salmon to the waters lapping at the shore of the state’s largest city, Canadian scientists are out with a new examination of food competition between salmon at sea.

Pink salmon – “humpies” as Alaskans tend to call them – are now far and away the most abundant salmon in the Gulf of Alaska, and the study would indicate they compete for food with sockeye in a big way.