Sometimes fishing treasures are just meant to be found. Trolling endless eBay listings can be tedious, but collectors with some knowledge and a bit of luck can uncover some trying amazing finds. 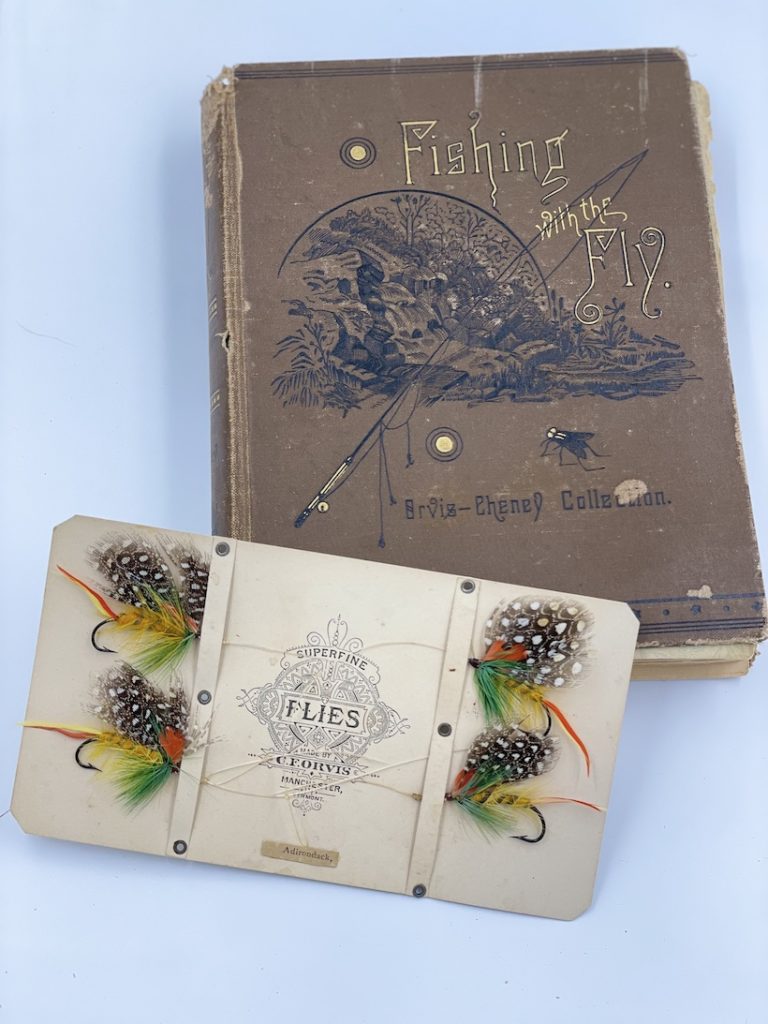 This story begins with an eBay listing for a worn copy of an old book—in this case, the first edition of Charles F. Orvis’ “Fishing With The Fly” from 1883. To make it even more intriguing, the description on eBay said that the book was “signed by the author.”

Now, most book collectors do tend to value books signed by their authors, but they are also very focused on the condition of the volume, and a well-thumbed example with a worn binding will often be ignored.

So, in this case, I took a chance and bought the book for a very reasonable price from the seller in Arizona and waited for it to be shipped. When the book arrived, it proved to be not only signed by the author Charles F. Orvis but actually signed as a gift to his sister Mrs. John Conover Hinchman, for Christmas in 1883.

To make things even more interesting, the name “Mary Orvis Marbury” was written in neat script across the inside cover of the book and the endpapers included a notice: “If Found, Please Return to Mary Orvis Marbury, Manchester, Vermont”.

This was in fact Mary Orvis Marbury’s personal copy of her father’s book, given to her by her aunt. Mary, as you may know, went on to write the classic “Favorite Flies” which included the first listing of hundreds of early American fly patterns, a book that she dedicated to her father Charles. She is possibly even more famous than her father in many respects.

Excited by this find, I asked the eBay seller if he had anything else from the Orvis family. Well, in fact, he did—A family photo album from the mid-1800s, which he said he would be listing on eBay shortly.

The seller let me know when the listing for the album was up, and it appeared that few other buyers either knew what it was or were willing to bid, so the final auction price was again very reasonable, and I waited anxiously for it to arrive. 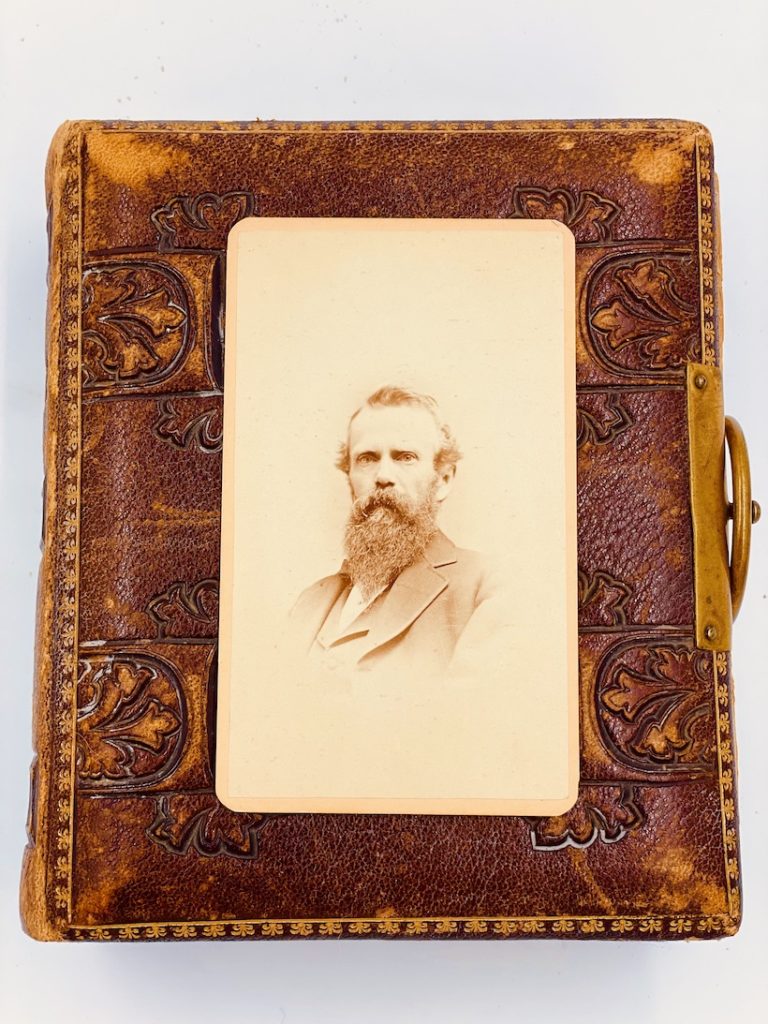 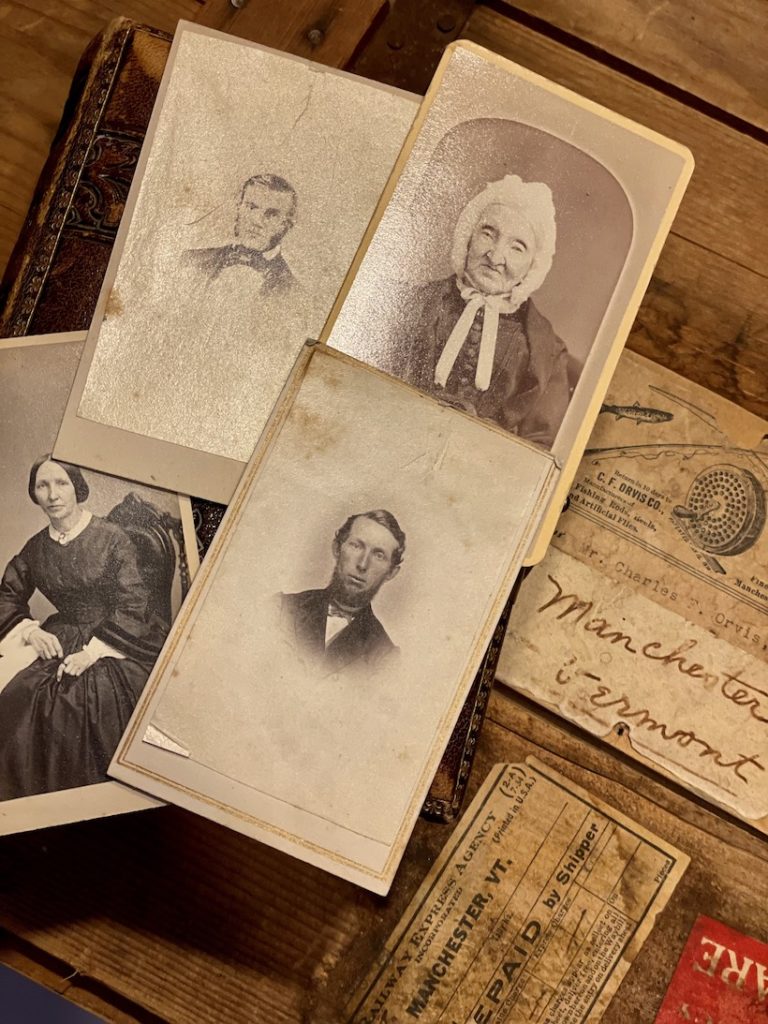 When I unpacked it, I was amazed to find that the Orvis family album included not only cabinet photos of Charles F. Orvis at a relatively young age, but also photos of almost his entire family, including his mother and father, his son Albert, and many other relatives, including one who had died in the Battle of the Wilderness during the Civil War. 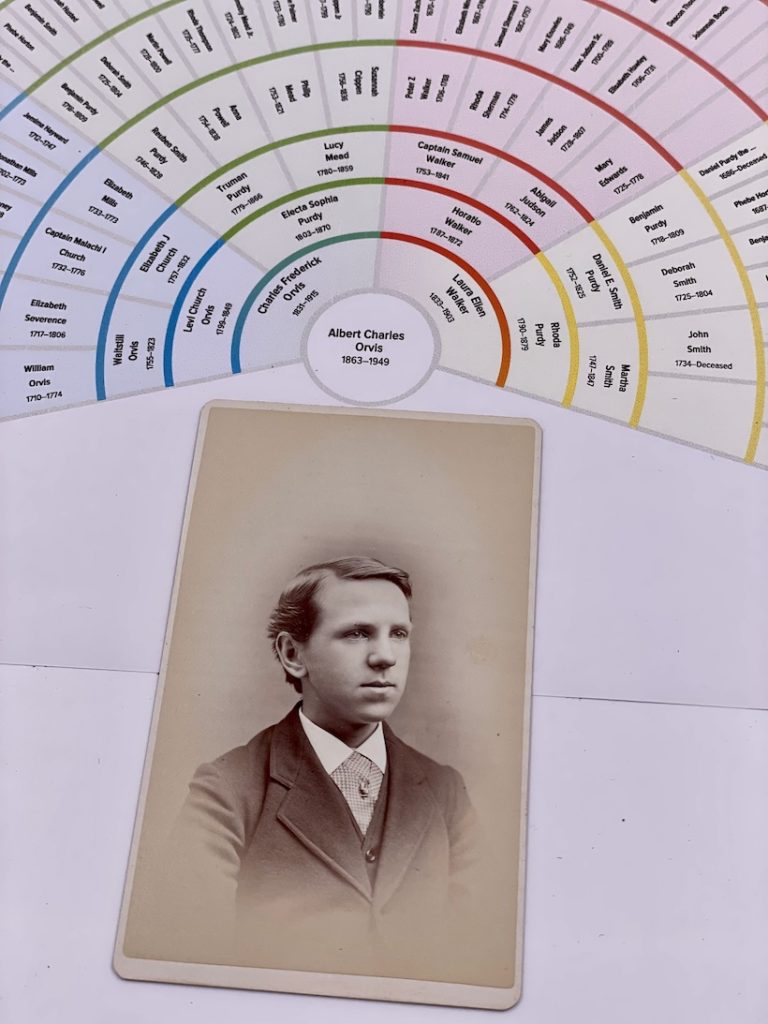 It turns out that the book and the photo album had been purchased in an estate sale years ago in Arizona, where Charles’ son Albert had moved to help raise his son in a more arid and hospitable climate that would facilitate his recovery from a respiratory ailment.

The storage of the album in dry Arizona for nearly 50 years proved a godsend since many older cabinet cards have their images destroyed by moisture and mold over time.

To make things even more fun, the seller also shipped me an old wooden Hoag’s Biscuit box from Rutland, Vermont that had been shipped to Orvis by rail, complete with the original graphics inside and the railroad shipping labels on the outside.

So, sometimes a piece of history just drops out of eBay, and you need to be ready to catch it.