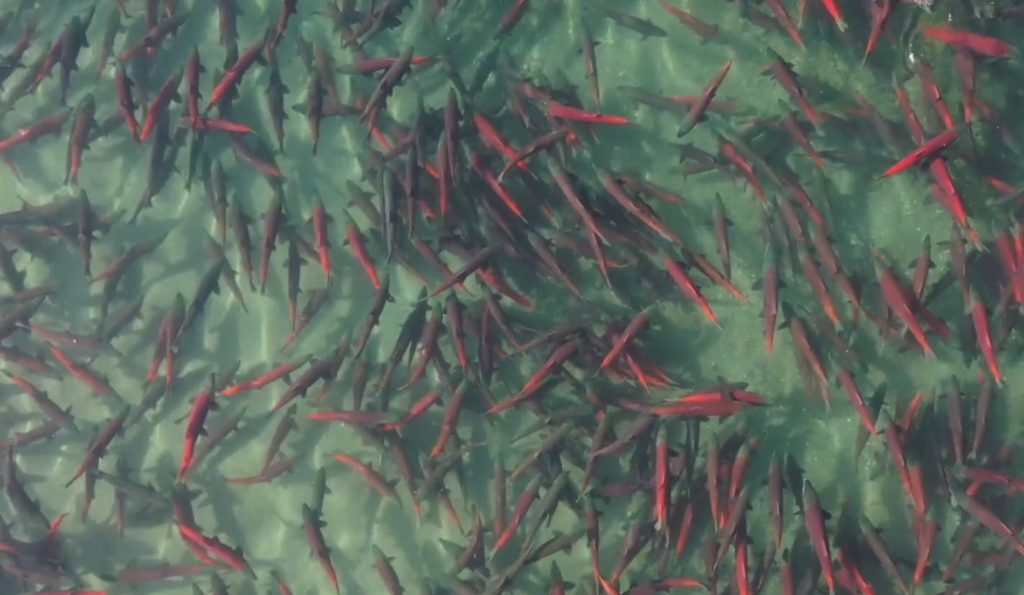 Maybe it’s time to stop with the letter writing, the petitions, and the hashtags?

As anyone familiar with the slow-motion disaster that is the Pebble Mine knows, the U.S. Army Corps of Engineers has released its final environmental review for the proposed project.

The EIS published last Friday found that the mine would not cause long-term adverse environmental impact to the world’s largest wild sockeye salmon fishery in Bristol Bay. The Pebble Limited Partnership is now just one step away from receiving a federal permit.

There are 99 more days until the election. The best thing you can do to help put a stop to Pebble once and for all is to vote out the White House’s current occupant and his administration on November 3rd.

One thought on “Want To Stop the Pebble Mine?”