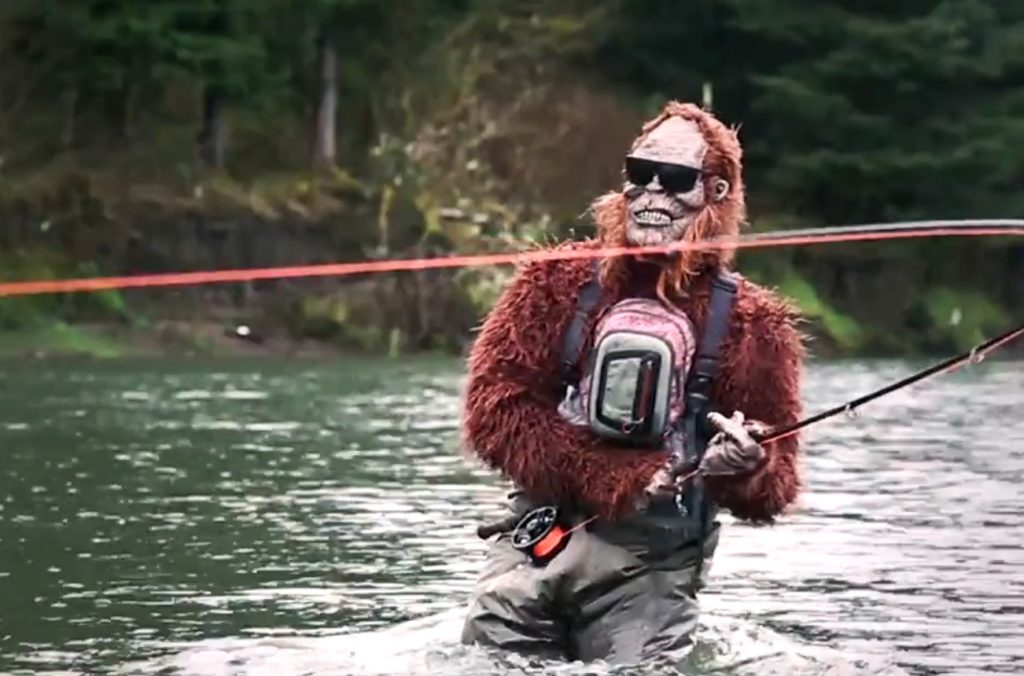 I caught my first steelhead in the Beginner’s Hole on the Kalama. Apparently, it’s also a hot spot for Sasquatch sightings.

The witness attributes his repeated encounters to the fact that he was out on the river most of the time, it being his livelihood.

The witness also mentioned that it appears that the sasquatch hunts the salmon underwater, partly for the reason of the jumping of the fish, partly because of his repeated, unverified impressions of a sasquatch swimming past the boat underwater.