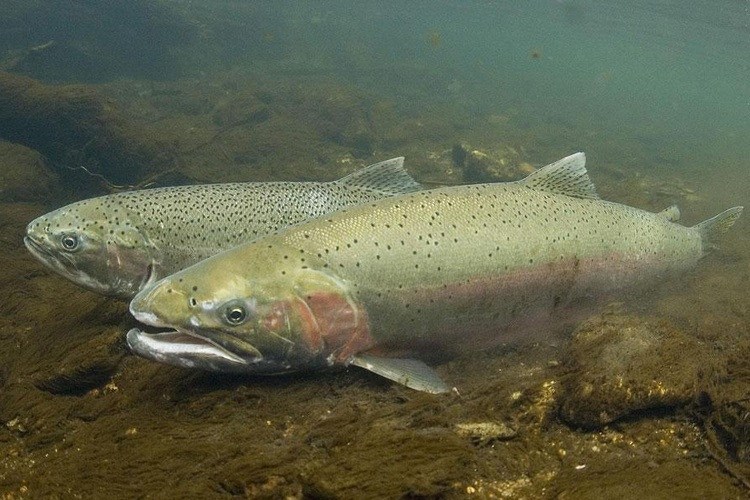 And when the dams came down they fired up a new 16.4  million dollar hatchery to dilute the century-old genetics.

A recent study, with its roots going back to 2004, has shown that Elwha River steelhead trapped for a century miles from the Strait of Juan de Fuca by the Elwha River dams have managed to maintain their natural genetic diversity during that time and are able to return to their old natural cycle of returning to the sea.