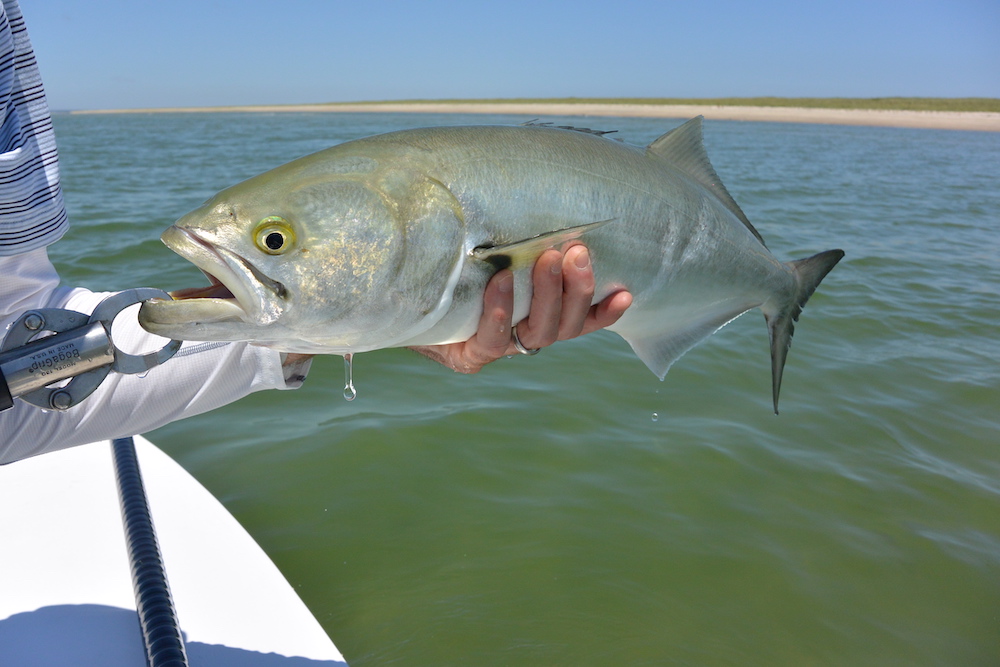 Charlie Witek lays out the current state of the Rodney Dangerfield of gamefish.

It’s difficult to describe what fishing for bluefish was like in Long Island Sound forty or fifty years ago.

Back in the ‘70s and ‘80s, and for a while after that, bluefish defined the summer fishery along the Connecticut shore. Every morning, in at least one local harbor, untold hundreds of bluefish, many of them weighing 15 pounds or more, would rip into packed menhaden schools as the first glimmers of light touched the water, churning the water white as waves of baitfish went airborne with a sound that resembled a waterfall. It happened every day, sometimes throughout the day, from June well into October.

Today, the menhaden still fill the harbors, but they circle quietly, casually rippling the surface, unharried by predators below. The few bluefish that remain are a mere shadow of what used to be.