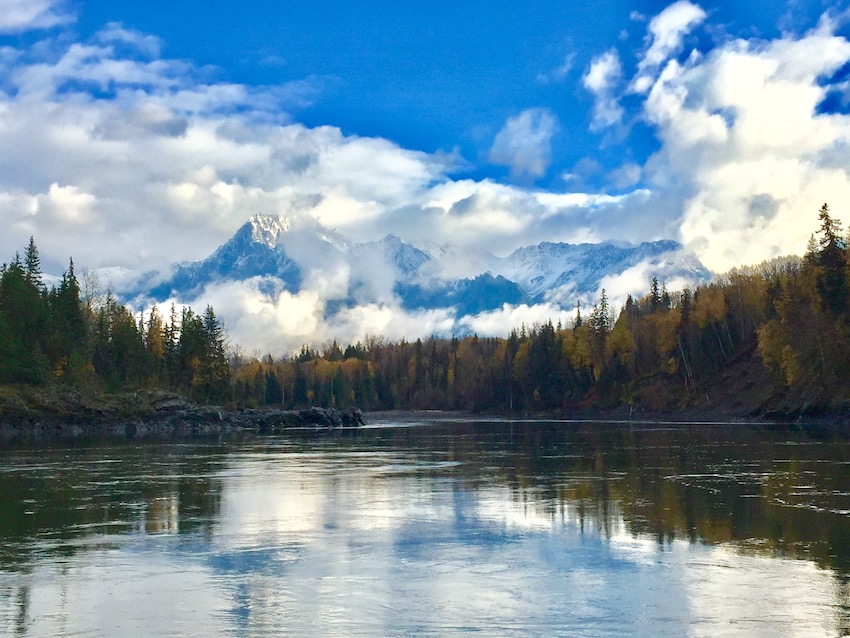 The Skeena system? Wait a minute, the crown jewel of the steelhead world in Northern British Columbia is at an extreme conservation concern with its current run of wild steelhead. Unfortunately, we can now add the Skeena and her world-class tributaries to the depressing list this season.

With so much bad news in Steelhead Country, it is capricious to walk away from one problem and run to another problem to fish. The lure to fish there is strong. I have great memories of some extraordinary steelhead. It is a place that beckons every steelheader each fall. I spent much time learning it on my own to unlock its secrets. Talking with lots of friends along the way and driving a lot of dirt roads only to find dead-ends and floating miles of river and fishing many runs that just seemed to scream steelhead, but didn’t. It’s a beautiful place to lay out a line, just knowing all the steelhead are wild in a wild place, with each fish a genuine specimen in its own right.

I believe there are many of us in the states who struggle with what we can do to help shift the trajectory in a country we are not citizens of. I have struggled with this as well, but we can help by amplifying the issue, demand we want better management for wild steelhead, and bring attention to the agencies not making steelhead a priority. Steelhead conservation doesn’t recognize the 49th parallel. We are not limited in sending letters to the Canadian agencies regarding our conservation concerns and issues that affect the future of wild steelhead. We spend our time and money in British Columbia, providing economic value in rural communities, and we are another voice the fish doesn’t have. The wrong thing to do is to do nothing and think someone else will take care of it.

Support for the conservation of wild steelhead is everywhere and is now or never. The future is in our hands.