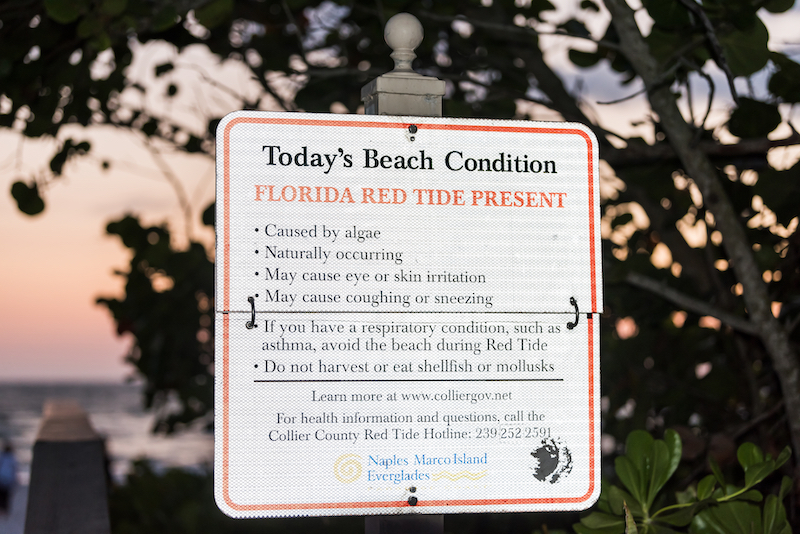 Florida is fighting through an early and serious algae scourge. More than 790 tons of dead fish have washed up on beaches in Florida over the past few weeks as a red tide grips the Tampa area.

Clusters of red tide have been found this summer at high bloom levels running along western Florida beaches from south of Sarasota north to Tampa. The clouds of red ooze are a byproduct of Karenia Brevis, an algae that produces neurotoxins that can kill fish and wildlife, including creatures as large as manatees. It can also make humans sick as well. The current bloom began crawling up Florida’s coast in December 2020.