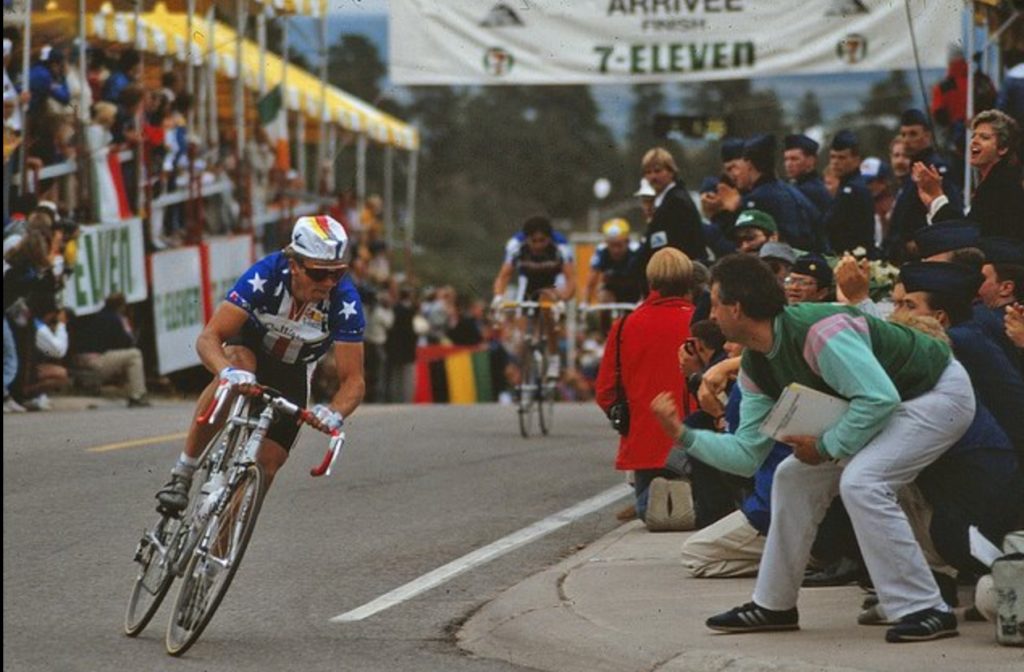 I took this photo of Greg LeMond chasing down the breakaway on the last lap of the 1986 World Cycling Championships in Colorado Springs.

This Cyclist profile of Greg harkens back to a simpler time, before social media and handlebar-mounted watt meters and it turns out LeMond is also a fly fishing world record holder.

I had a chance to spend a little time with Greg in Sacramento during the 1987 Coors Classic while he was recovering from a gunshot wound incurred in a hunting accident. Just imagine playing PacMan till the wee hours of the morning with the most competitive man on the planet.

Greg LeMond has possibly the most complete CV in cycling. Three-time Tour de France champion, two-time road race World Champion. The only American to have won the yellow jersey (officially), the first non-European Tour winner, and the only man to have won the Tour after having been shot. Winner of the closest and most exciting Tour of all time.

He was the first rider to race the Tour on a full carbon fiber bike, the man who introduced Oakley sunglasses into the peloton and the rider who brought Giro helmets into the mainstream.

He was the first cyclist to sign a million-dollar contract. He is a bike manufacturer and brand owner who has produced indoor, direct-drive turbo trainers and exercise bikes.

He is a vocal opponent of performance-enhancing drugs in cycling and was one of the first to tell the truth about Lance Armstrong. A restaurateur, real-estate mogul, charity founder, recipient of the US Congressional Gold Medal, and a world record holder in fly fishing.

One thought on “No slowing down: Greg LeMond profile”