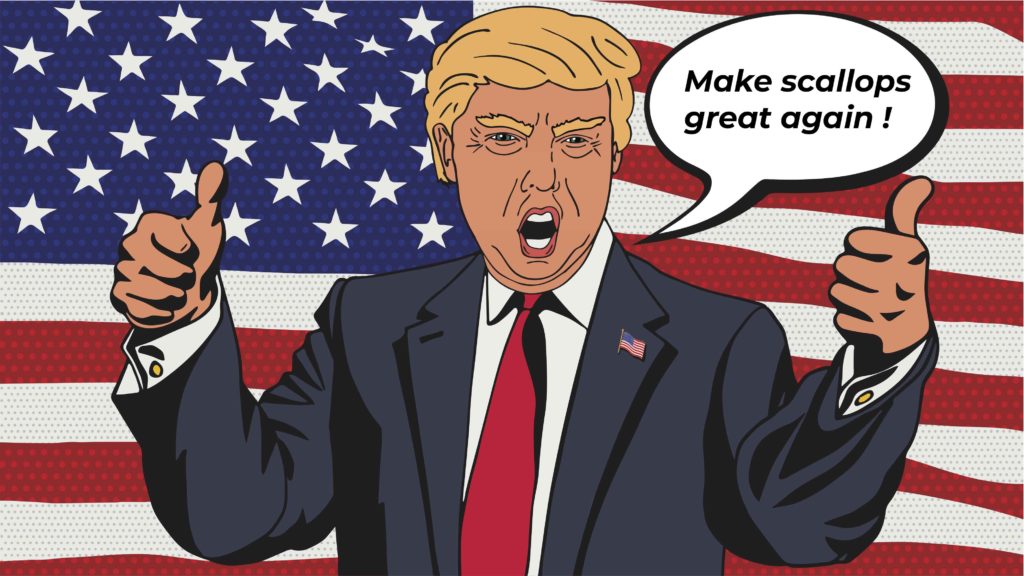 “I like scallops. Good. We’ll have plenty of scallops to eat.”

“I’m a believer in conservation, but they’ve gone crazy,” he said before an audience of Maine lobstermen, fishermen and crabbers.

“President Trump is stripping essential protections from one of our nation’s most special ocean places. This decision is a dangerous and deliberate step forward in the Administration’s larger plan to rob Americans’ of their shared public resources.