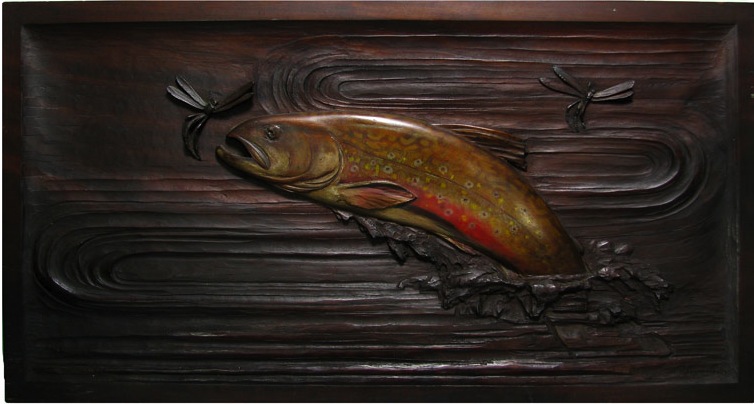 Leander Plummer (1857-1914) was born in New Bedford, Massachusetts. His father was one of the incorporators of the successful New Bedford Cordage Company. He was educated in the Friends’ Academy at New Bedford, and Harvard University, graduating with the class of 1880, after full courses in which he specialized in civil and mining engineering. 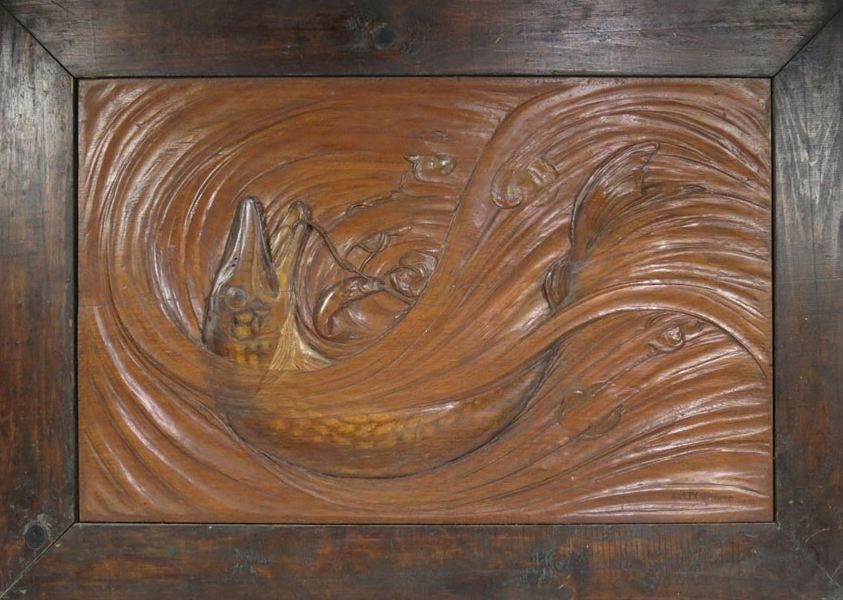 Initially working as a mining engineer, Plummer changed direction in 1883, when he decided at the age of twenty-six to pursue art, and spent the next four years studying at the Academie Julian in Paris. Plummer returned to the United States with his artistic training to paint the wildlife he observed as a fisherman and sportsman in the New Bedford area. 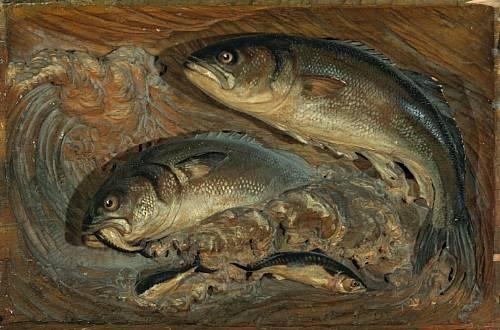 Eventually, he experimented with woodcarving and found he had a great aptitude for detailed naturalistic sculpture and combined his painting and woodcarving skills in creating “relief paintings”; his words for deeply carved wood reliefs that he stained with pigments he devised to create a life-like appearance. Plummer’s panels became popular among fishermen and sportsmen, and by 1906 he had orders for approximately forty to fifty relief paintings. 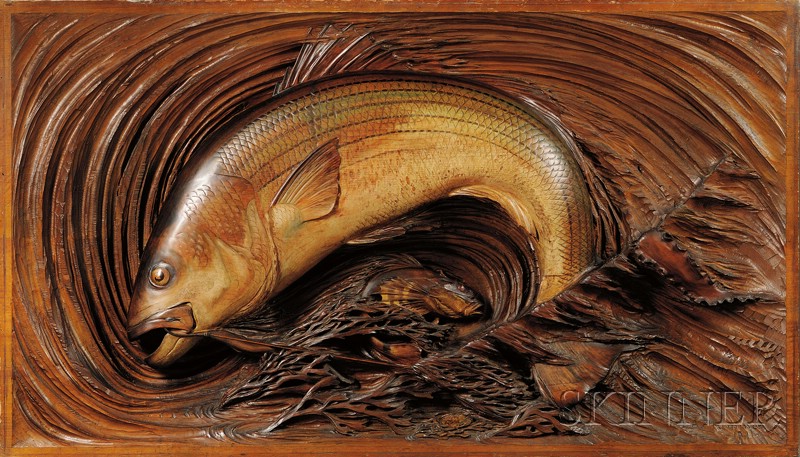 Among the many works Plummer executed, he considered Striper Fishing his masterpiece.