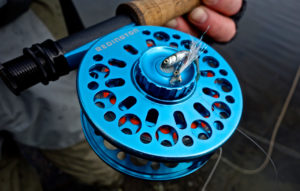 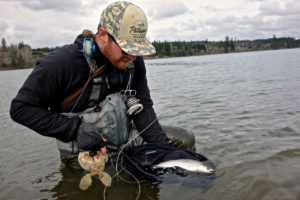 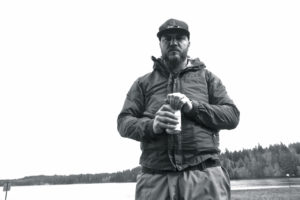 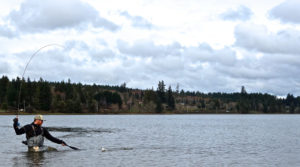 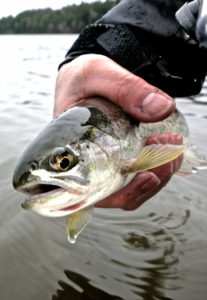 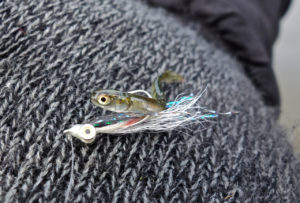 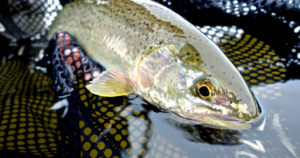 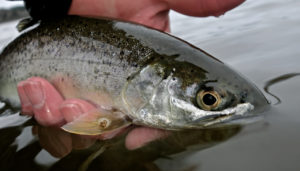 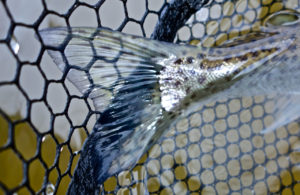 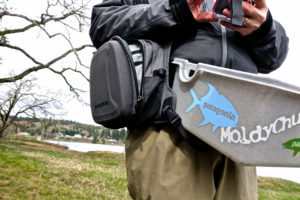 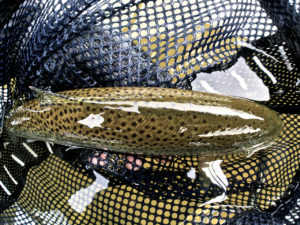 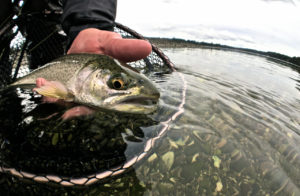 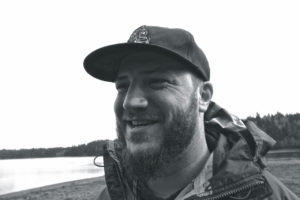 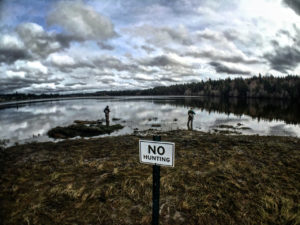 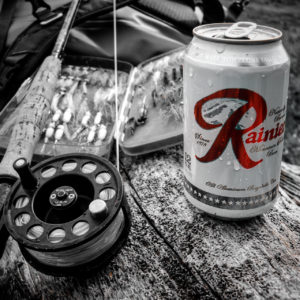 It finally happened. It felt like an appropriate occasion to pop open a bottle of bubbly, but we settled for a rack of lukewarm Rainier and day-old, Safeway fried chicken instead. After being friends for years, seeing each other on a weekly basis, and talking pretty much every day, Brian and I finally fished together. We still can’t believe it took that long.

With chum not making their return to the rivers of Washington until the fall, we decided to do the next most appropriate thing – chase sea run cutties devouring chum fry in Puget Sound. We met up with our buddies Jason and Zach from Emerald Water Anglers and headed into the bizarre world of the south sound.

Loaded down with boxes of chum fry patterns, we assumed we had it dialed in when on about the 10th cast, Zach somehow snagged a chum fry. With his fly a near carbon copy of the speared fry, we had it locked in. Or so we thought.

The cutties proved to be far more finicky than anticipated. But hey, at least we already had one fish to hand – a chum salmon no less. The fact that it made a micropenis look substantial seemed inconsequential. We were finally out fishing.

Over the course of the day, we stumbled into success with an array of bizarre flies. Somehow an Irish soft hackle mayfly emerger and a black/green wooly bugger were the hot flies of the day. It left us scratching our heads. But it felt appropriate since we were still scratching our heads about how this simple fishing excursion had taken so long to transpire.

Hopefully, the next outing isn’t another three years in the making…