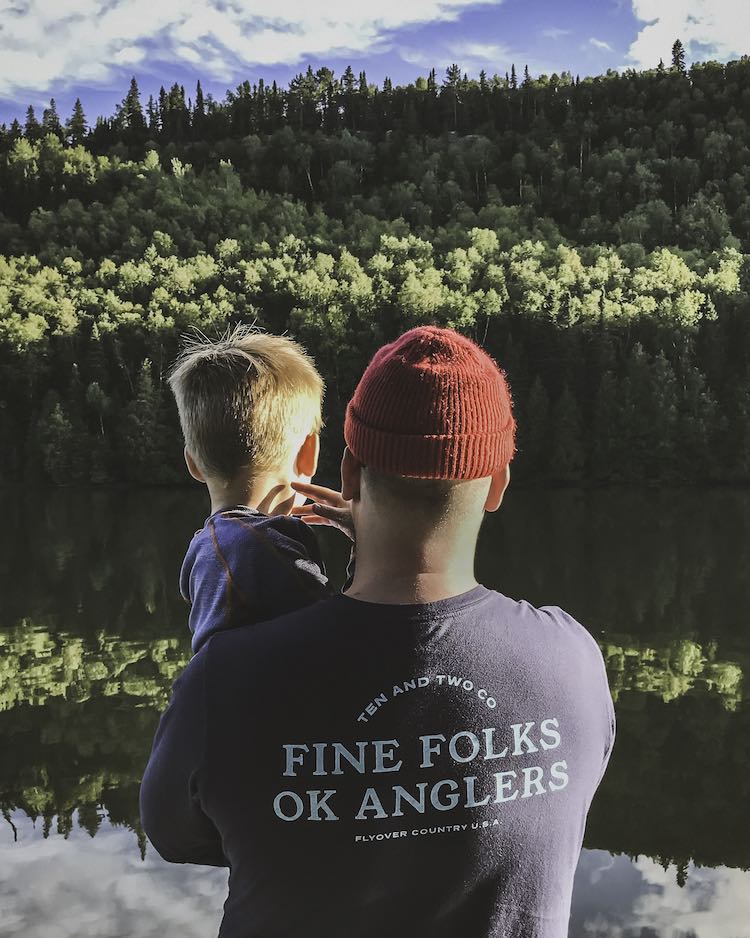 We’re super stoked to share this profile of Ten and Two Co. and the fine folks behind the brand written by our mutual friend Greg Fitz. 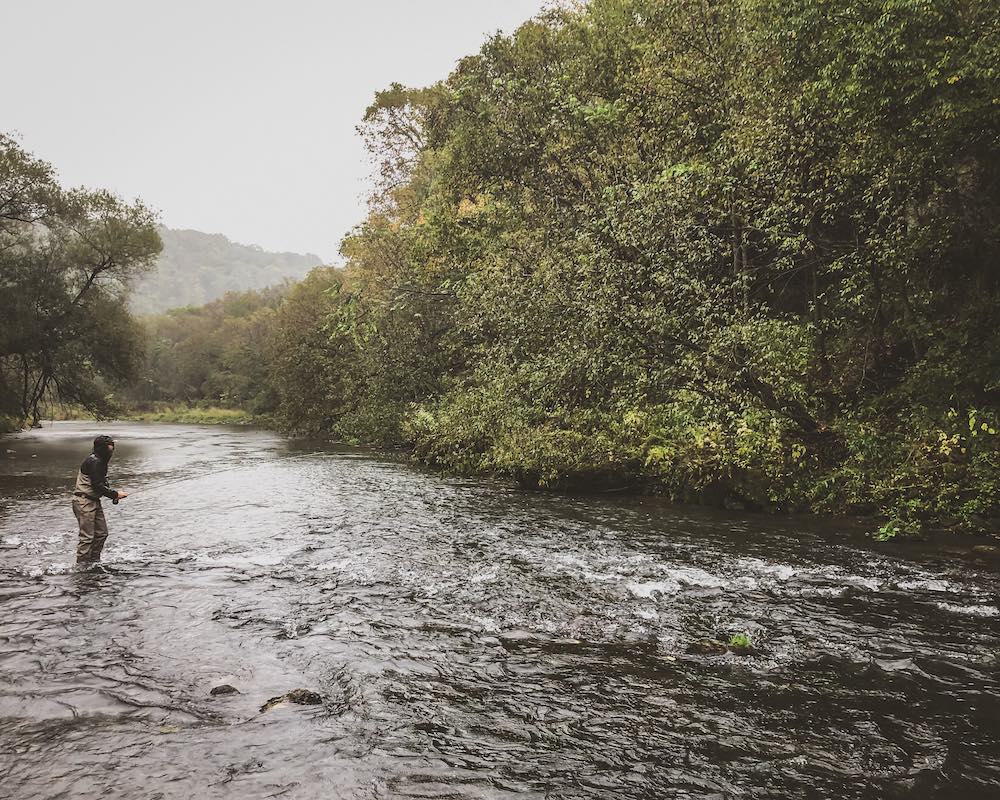 Ten and Two Co. was born during conversations on the way to the river and on napkin sketches between beers and cheeseburgers in rural bars on the way home. As a business enterprise it is some sort of combination of side hustle, money sink, regional advocacy, and/or art project by a couple of fly fishermen, dads, designers/creatives, and friends named Philip Clark and Brian Slater. Both guys live, work, and are raising their families in Minneapolis. 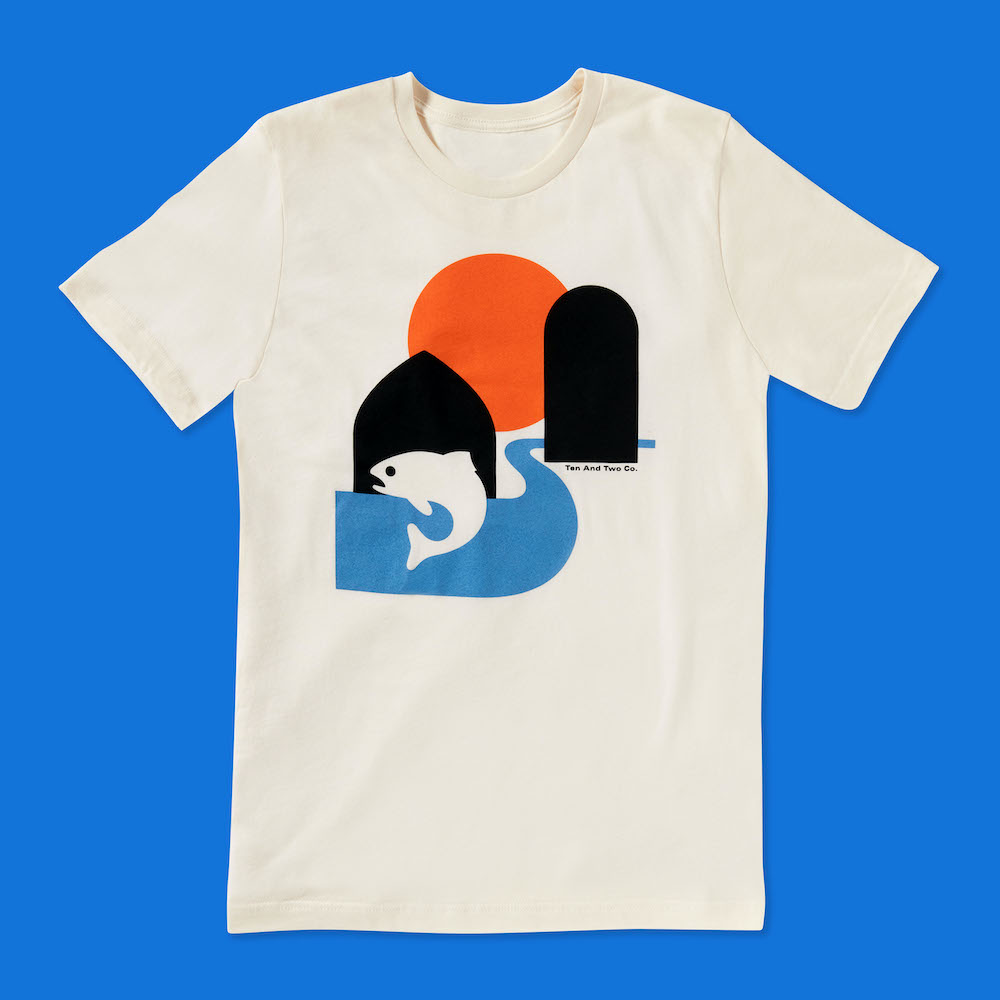 Ten and Two Co. is a small fly fishing brand producing beautiful shirts, caps, and logos that may or may not crack you up or appeal to your graphic design sensibilities. If they don’t, that’s fine. They might not be for you. Clark and Slater are telling a story that involves spring creek trout; smallmouth bass along grassy banks; tannic water; lake cabins; warm, lush summers and cold, snowy winters; and northern pike chasing streamers out from the cover of lily pads, cattails, and wild rice. There are drift boats on the rivers of Minnesota and Wisconsin now, but canoes and aluminum v-hulls are still far more common. 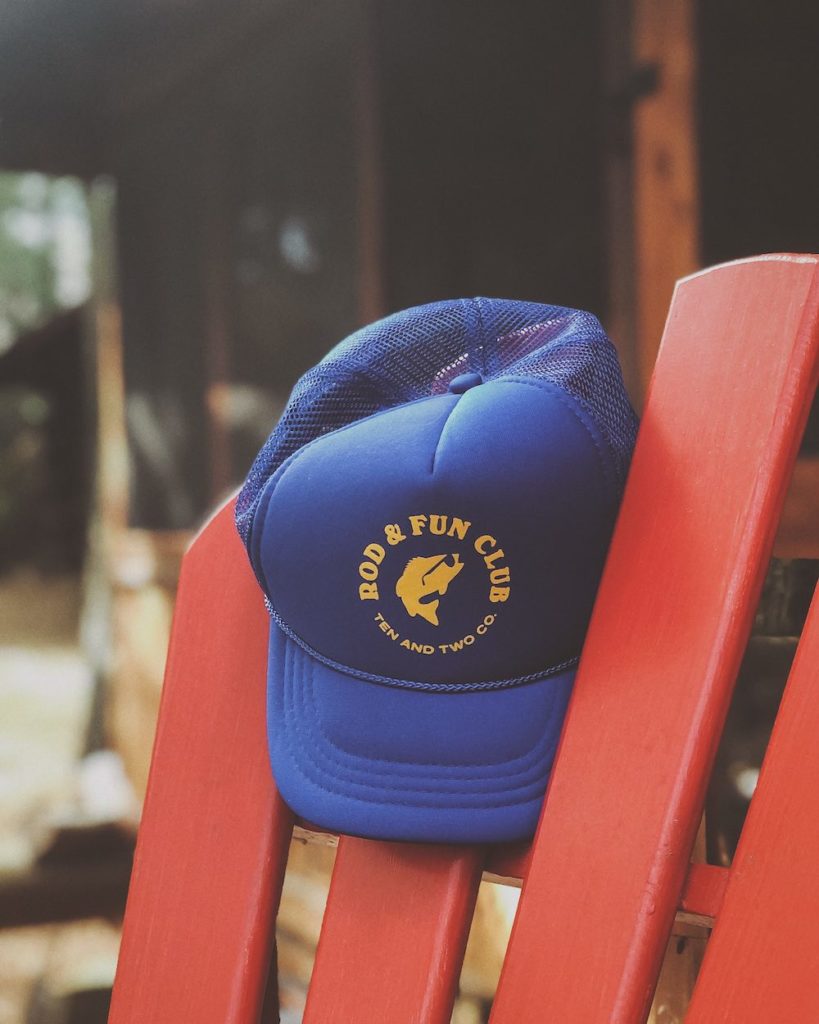 Ten and Two Co. isn’t fly fishing on Lake Wobegon. But it is a love letter to the waters, culture, and landscape of the Upper Midwest. I live in Seattle now, among the ghosts of steelhead rivers and the endless money of Amazon and Microsoft, but I’m from Minnesota originally. Washington is beautiful and there are good reasons why so many people, myself included, are drawn to the epic landscape of the Cascades, Olympics, Palouse, and Puget Sound, but I struggle with a deep homesickness for Lake Superior, the St. Croix and Mississippi headwaters, creeks in the Driftless, and the silent Boundary Waters. Ten and Two Co. gets the place exactly right, but they aren’t bragging about it. 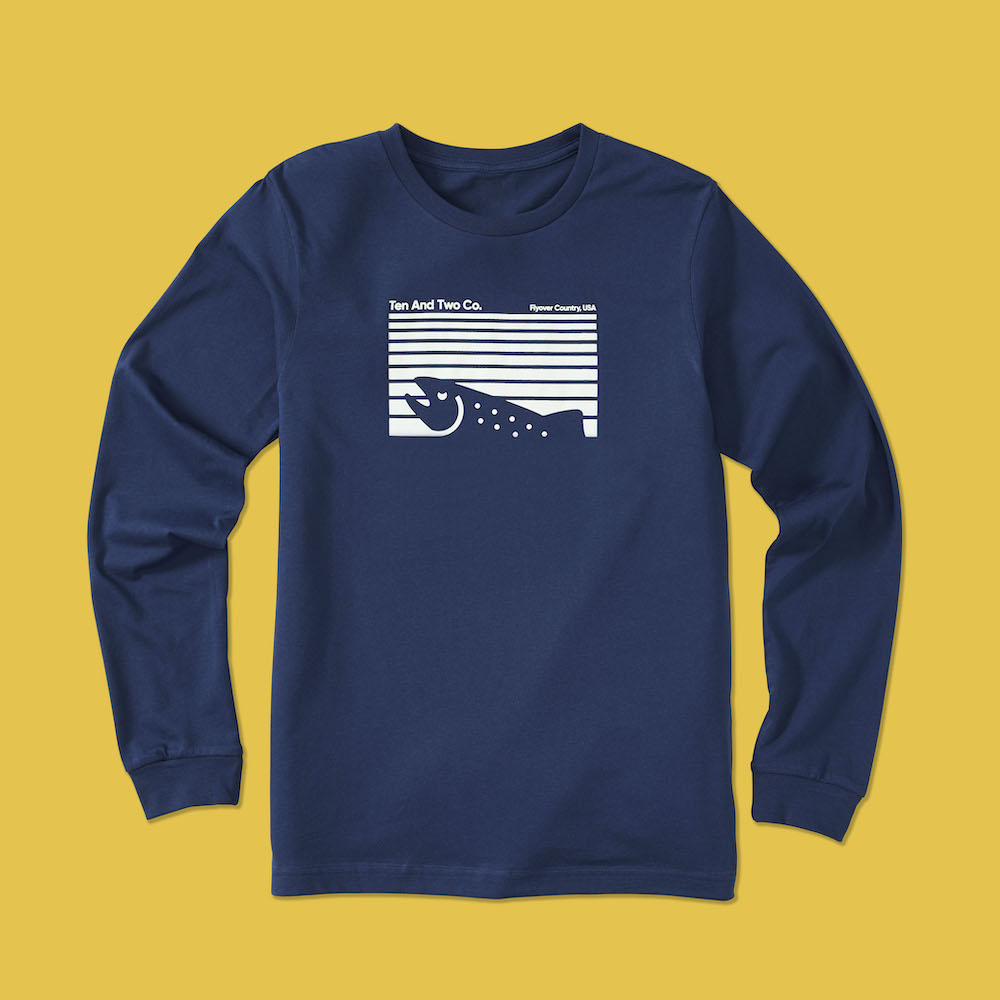 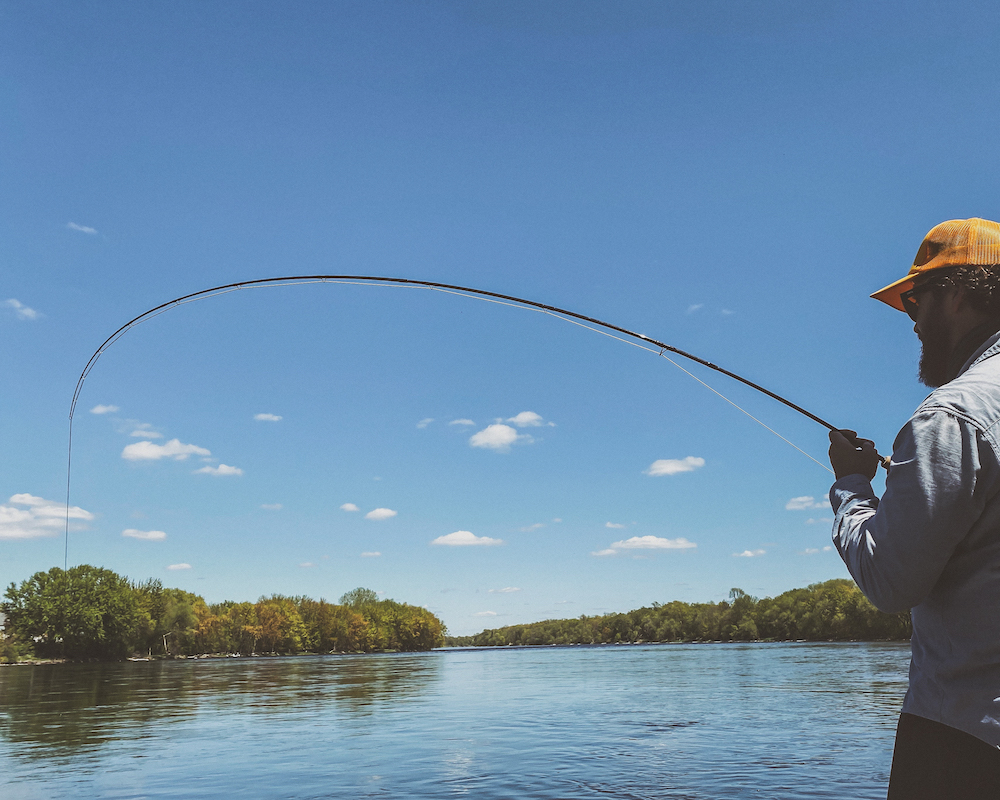 Full disclosure: Clark and Slater are friends of mine. We got to know each other in the community of fly anglers that came together around Mend Provisions, the exceptional South Minneapolis fly shop run by our pal Mike Fischer. I’m biased towards Ten and Two Co. because it speaks to my home waters, but also because Clark and Slater are great dudes and I’m happy to see their vision getting some traction. Or at least shipping packages to like-minded anglers from Slater’s basement.

Clark and Slater are fishing buddies whose day jobs are in art direction, advertising and marketing. They are creatives with a great eye for clean design, an ear for a wry turn of phrase, and a deep resistance to trite cliché. But they are Midwestern enough to not want to make a big deal of it.

Conversations during fishing trips had Clark and Slater trading notes on the fly fishing landscape. Mountains, euro nymphing, turquoise saltwater flats, and spey rods all had plenty of bandwidth, but none of it matched their day-to-day experience. Whether a kid’s ball cap brim was flat enough and tucked tight to their mirror sunglasses or the old man’s wool hat that had parachute Adam patterns on the leather hatband, the world of trout fly fishing culture was perfectly depicted with standardized codes, symbols and narratives. Anyone reading this piece, or anything on Moldy Chum, or sitting in the audience for an F3T screening, could rattle off the name brands and images that dominate the industry. Most of us own multiple examples of all of them. We all know the messages and taglines by heart and we all use the same hashtags on social media.

So why launch a tiny line of branded fly fishing apparel into this saturated niche? I suppose we could celebrate Ten and Two Co.’s authenticity or their subtle, hilarious version of stoke. Neither would be bullshit, but the truth is a little more practical. Basically, it boils down to a pair of talented friends seeking an outlet for their aesthetic efforts without client input or veto, and a heartfelt celebration of the beautiful water and fish of northern flyover country.

I dig what these fine folks are up to and wish them the best. I think I’ve been waiting for this voice for a long time.

Check out their work at tenandtwoco.com