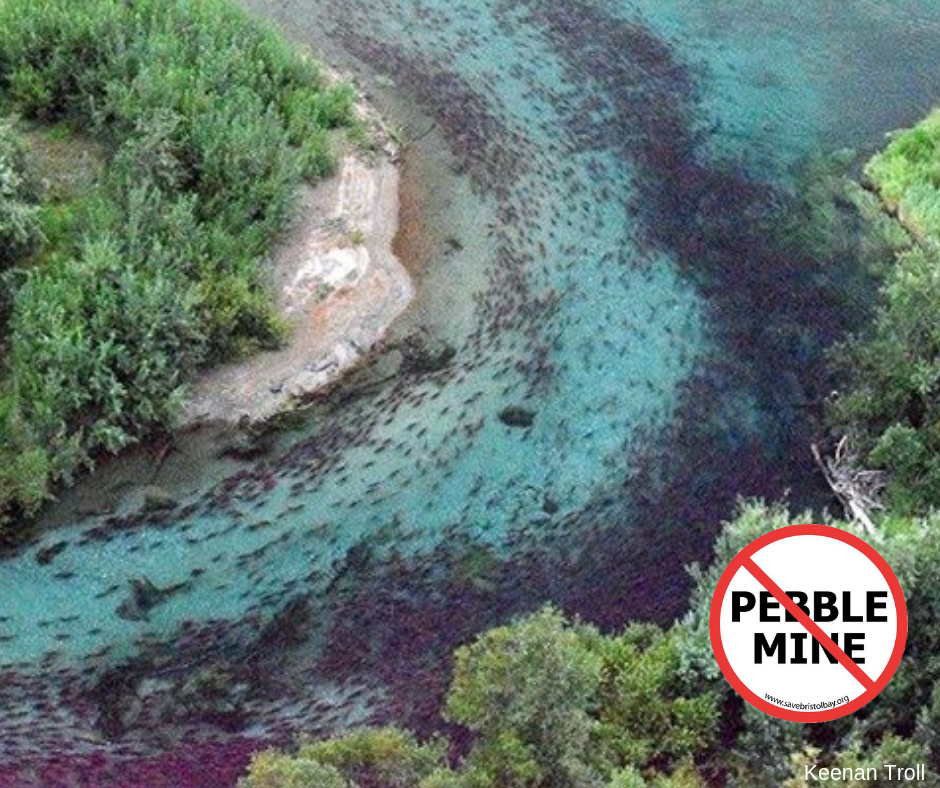 Your administration at work.

A top official at the Environmental Protection Agency informed the U.S. Army Corps of Engineers in Alaska late Thursday that the EPA would not formally object at this point to the proposed Pebble Mine, a massive gold and copper deposit where mining could damage the world’s largest sockeye salmon fishery.

Christopher Hladick, the EPA’s regional administrator for Alaska and the Pacific Northwest, wrote to the Alaska district engineer, Col. David Hibner, that the agency still has serious concerns about the plan, including that dredging for the open-pit mine “may well contribute to the permanent loss of 2,292 acres of wetlands and. . . 105.4 miles of streams.”

But Hladick said the agency would not elevate the matter to the leadership of the two agencies, which could delay necessary approvals for the project to advance.