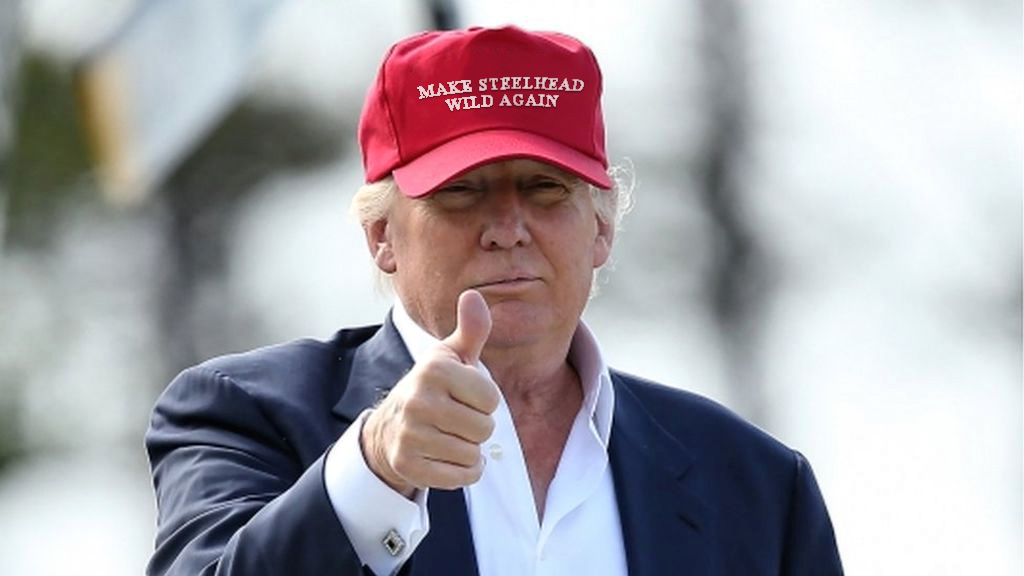 In a stunning turn of events, at a hastily called Rose Garden press conference, President Donald Trump revealed that there had been a huge post-election misunderstanding and what he meant to say was we have to do something about fishing from boats, not fishing for votes.

“I’m very sorry this got lost in translation,” said the soon-to-be-former President. “I’m very concerned about those wild steelhead return forecasts out on Washington’s Olympic Peninsula; we have to stop fishing from those boats! Besides, any moron knows President-elect Sleepy Joe cleaned my clock in the election.”

When pressed by CNN’s Jim Acosta on how such a giant misunderstanding was possible, Mr. Trump said that a text he sent to his lawyer Rudy Giuliani auto-corrected boats to votes and that he’s been just too busy playing golf these last few weeks to realize that things had gotten so totally out of hand.

“That’s my pal Rudy,” said Trump. “Whenever I ask him to do anything, whether it’s investigating Hunter Biden or booking the Four Seasons, he’s like a dog on a Trump steak, which I might add, are the very best steaks, and unfortunately, sometimes things get lost in translation.” According to another anonymous White House source, the President also told his lawyer, I can’t wait to see the Kraken, meaning Washington States’ new NHL franchise, not release the Kraken, which Mr. Giuliani took as code for file a pile of frivolous lawsuits.

The President abruptly ended his press conference by saying, “Everyone should rest assured that I’m fully committed to an orderly transfer of power, but we must stop the boats!” The President then departed the Rose Garden without taking any additional questions.