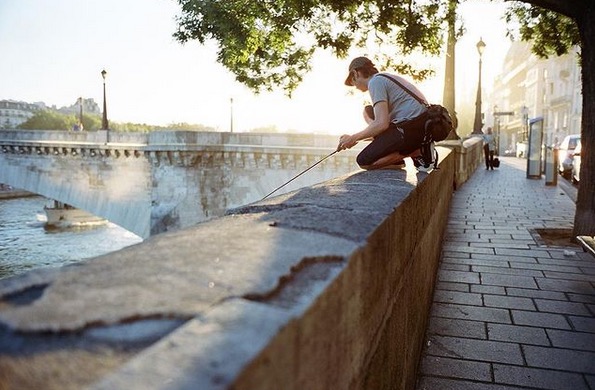 The Seine used to be the fishing playground of older, working-class men who whiled away their retirement days at the river. These days, a younger and more diverse generation is disrupting the scene transforming a centuries-old tradition into an underground culture.

One thought on “Catch a Fish in Paris. Post on Social Media. Release.”