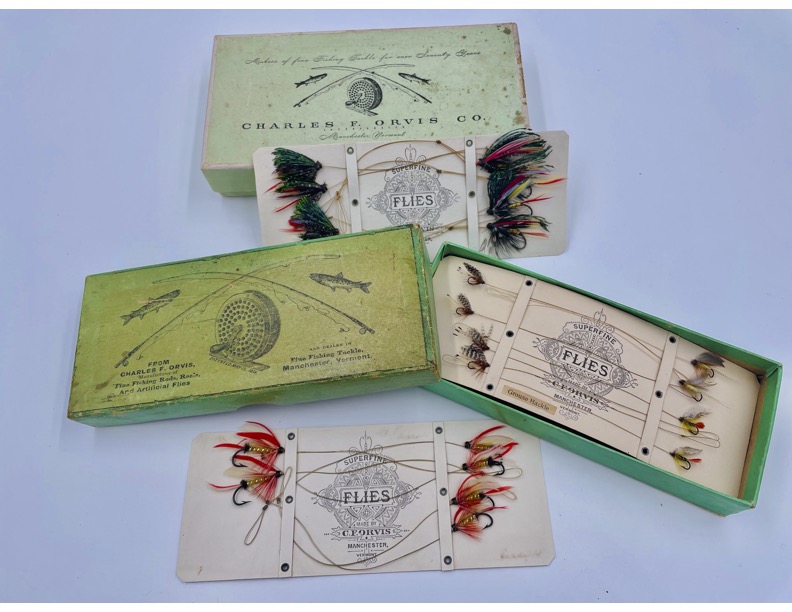 Among early American flies, some of the most collectible are those tied in the later 19th and early 20th century for the Orvis Company in Manchester, Vermont. The Orvis family, including the founding father Charles F. Orvis and his daughter, Mary Orvis Marbury, were quite interested in gathering and promoting the many patterns of dry, wet, and lake flies that had been created during this highly innovative time in fly fishing history.

Charles F. Orvis authored a book with A. Nelson Cheney titled “Fishing With the Fly” in 1883, which included some of the first full-color plates of early American fly patterns, including trout, salmon, and lake flies. The chromolithographic plates of flies in the book were produced by the Milton Bradley Company (which later produced Monopoly and other board games). 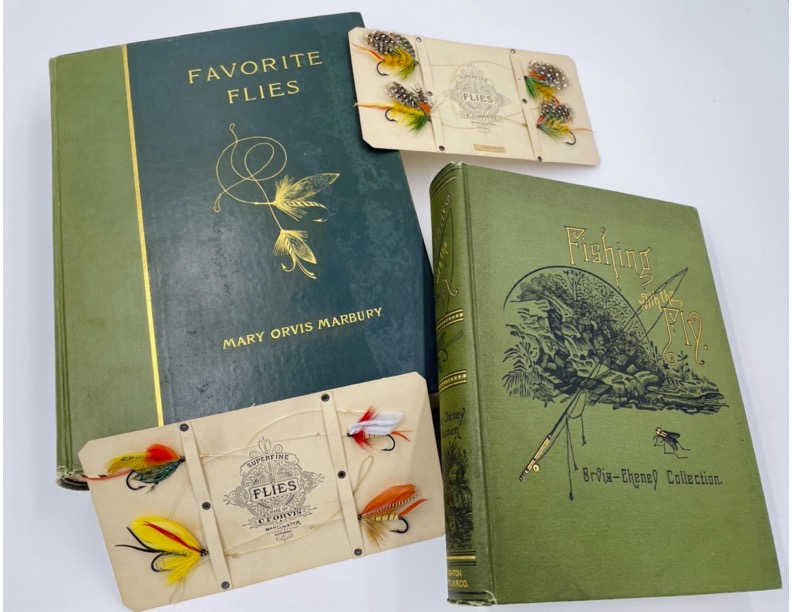 His work inspired his daughter Mary Orvis Marbury to write her own opus “Favorite Flies and Their Histories” in 1892, which included hundreds of fly patterns and 32 color plates of flies in its 521 pages.

She also led the fly tying department of the Orvis Company since 1876, which became a substantial enterprise in itself, employing up to ten women who tied flies for the firm. By documenting hundreds of original patterns from around the country through extensive correspondence with hundreds of tiers and through additional research, the Orvis family made a major contribution to the development of the sport through the standardization of early fly patterns. 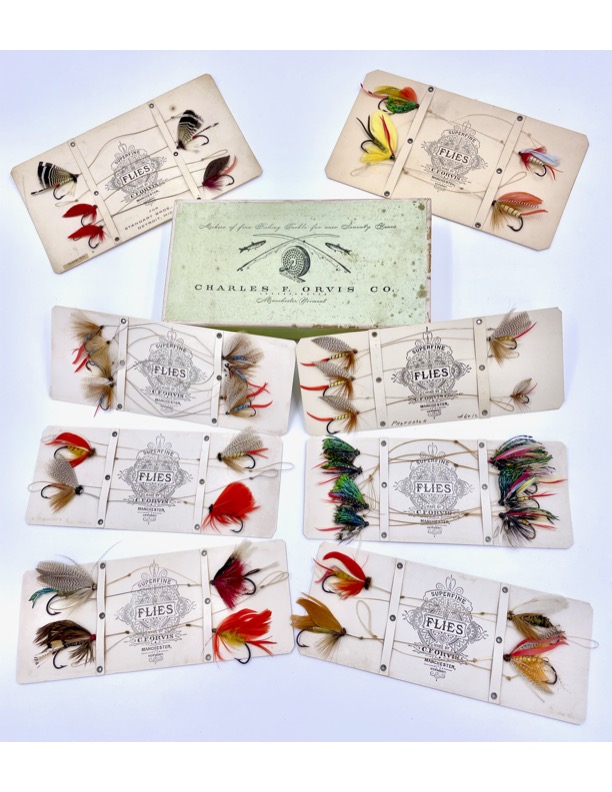 By 1890, the company was selling over 400 patterns of flies. The flies, mounted on attractively designed cards were actively marketed to flyfishers via one of the first fly fishing mail order businesses and through retailers whose names sometimes were printed on the cards as well.

The plates of flies tied for “Favorite Flies” were also displayed at the Columbian Exposition in Chicago in 1893 and these panels, which are one of the true American fly fishing treasures, can now be viewed at the American Museum of Fly Fishing in Manchester, Vermont. 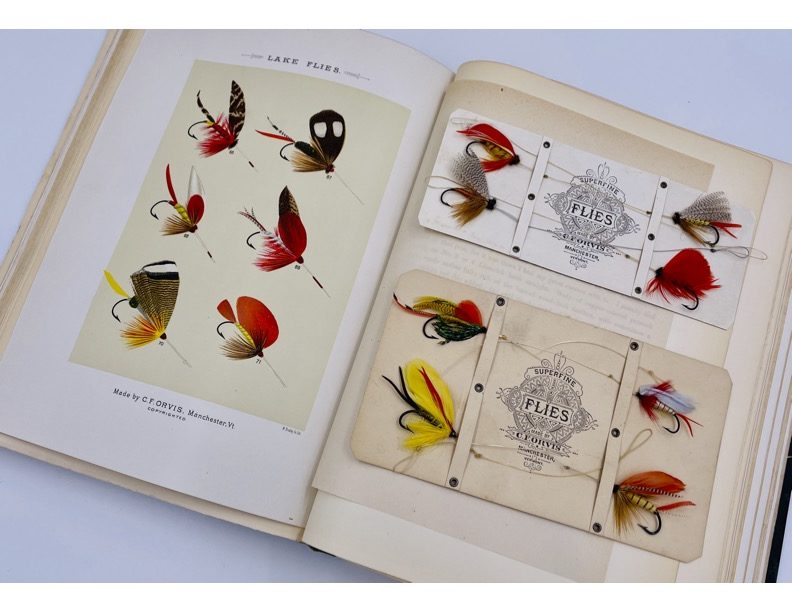 Mary Orvis Marbury managed the fly-tying operations at Orvis until 1904 when her sister-in-law, Anna Orvis, became the next manager. Marbury did not give up fly tying altogether—the last woman she trained for the company was Hallie Thompson in 1910. Marbury continued to live in Manchester until her death in 1914.