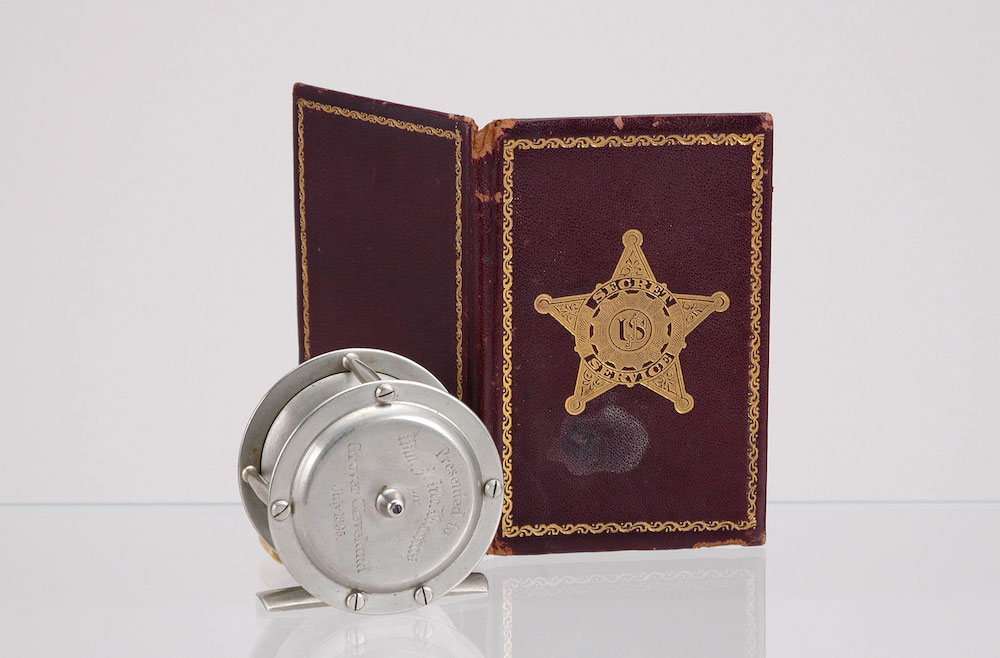 President Grover Cleveland was perhaps our most dedicated fishing POTUS. A colorful character, he fished in both fresh and saltwater, with bait and casting tackle and occasionally with the fly. 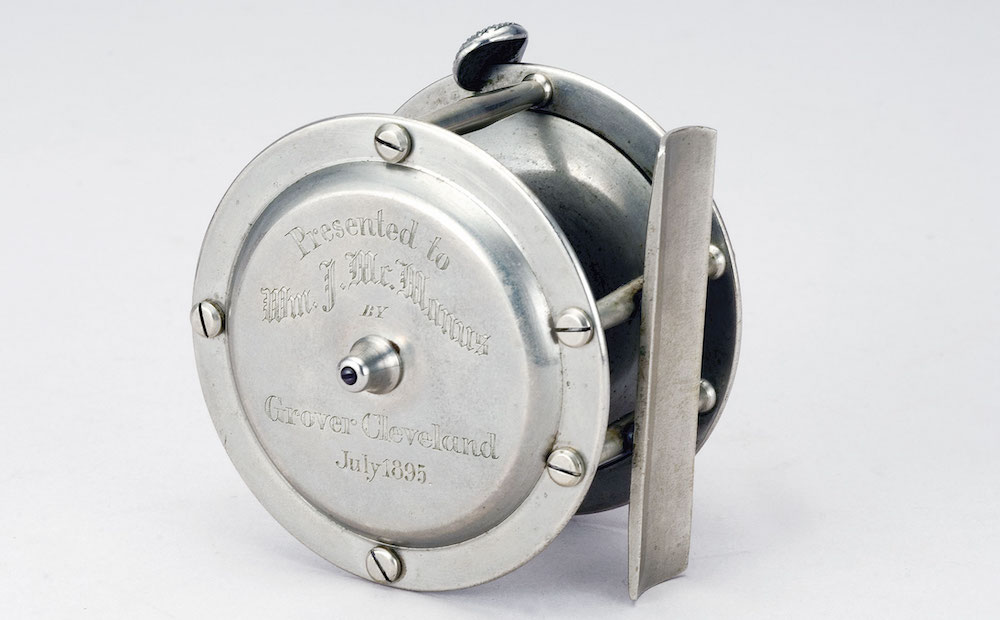 Over the years, a number of fishing items associated with Grover Cleveland have surfaced at auction and in private collections. 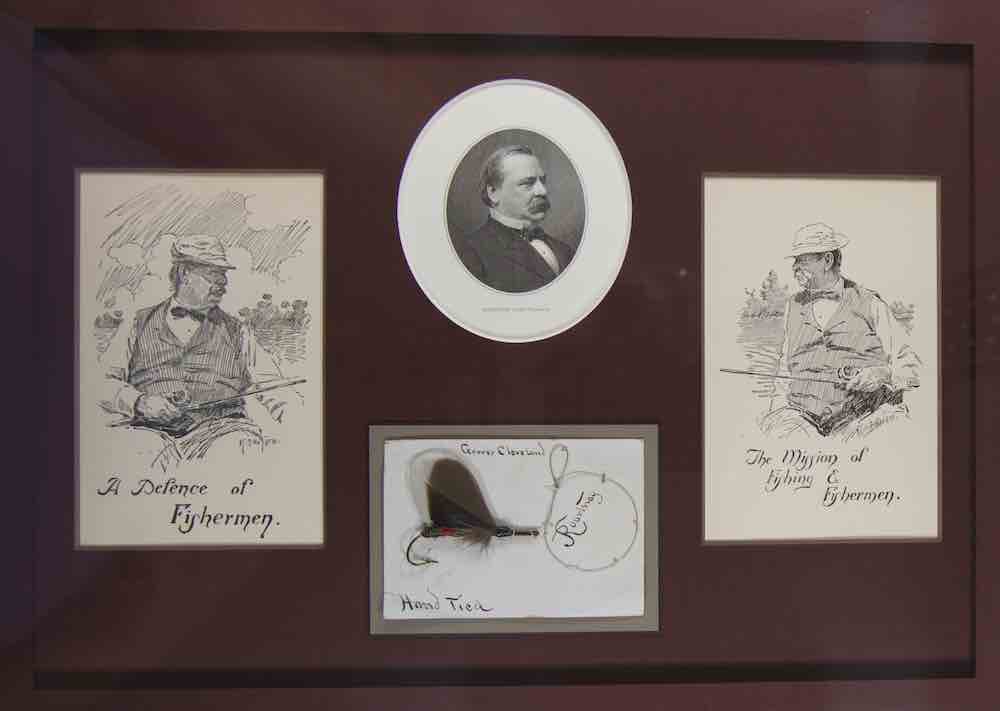 One of the more intriguing finds is a Royal Coachman bass fly hand-tied by the President. The fly is crudely tied (Cleveland was a large man with big fingers). It is tied to gut and sewn to a card labeled with an early dip pen in the fashion of the late 1800s.

The Royal Coachman is mounted with several pages with drawings from Cleveland’s “Fishing and Shooting Sketches” published in 1908. The fly was located in Maine, sold by a dealer who had purchased it from Cleveland’s grandson, who lives near Ossipee, New Hampshire, where Cleveland fished and maintained a country home. 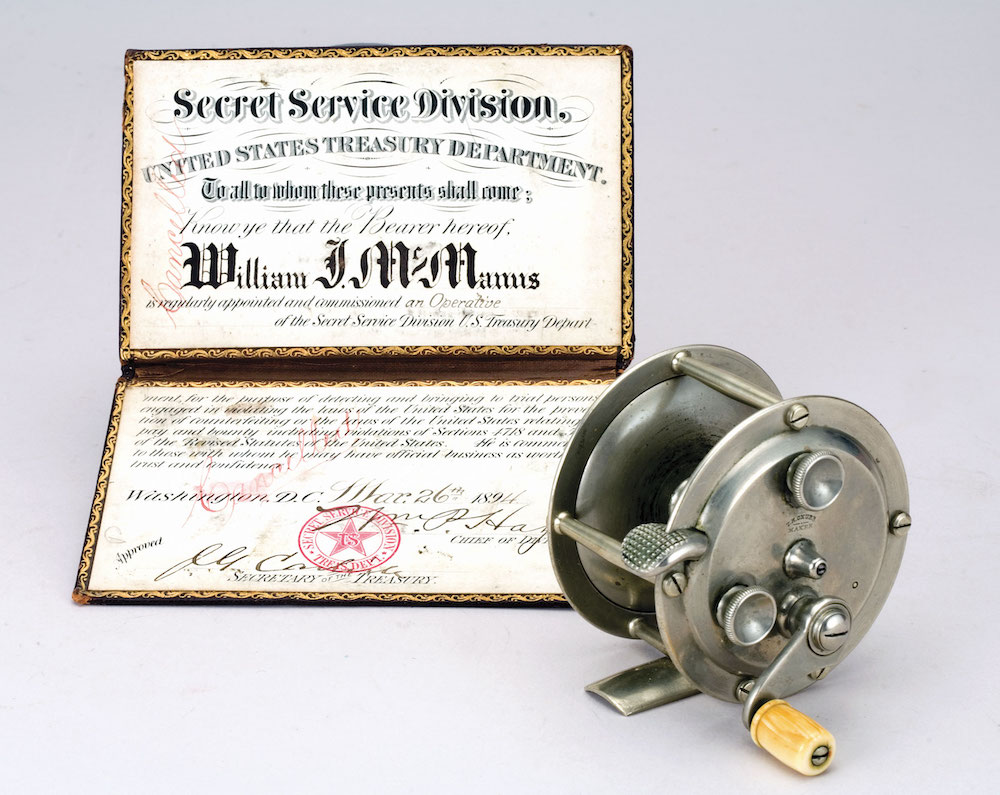 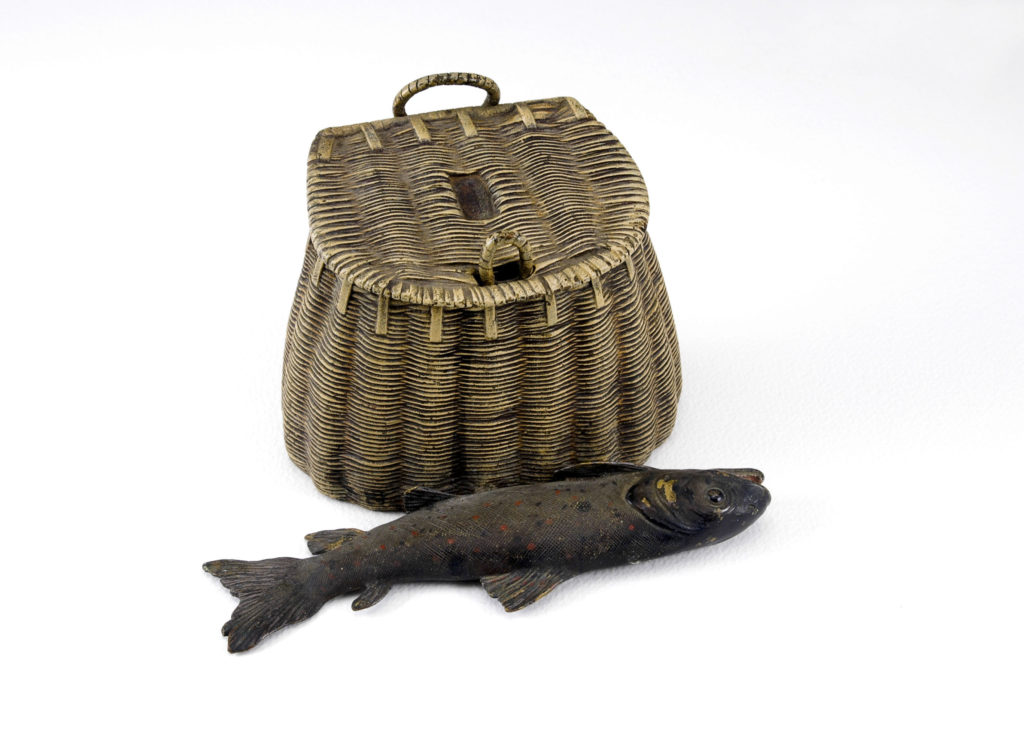 In addition, Lang’s Auction sold a very nice bronze inkwell belonging to the President, featuring a creel and trout.

To view more fishing tackle from U.S. Presidents, check out the American Museum of Fly Fishing in Manchester, Vermont, which holds a fly book from John Adams, and fly fishing items from Presidents Hoover, Eisenhower, Carter, Bush, and others.