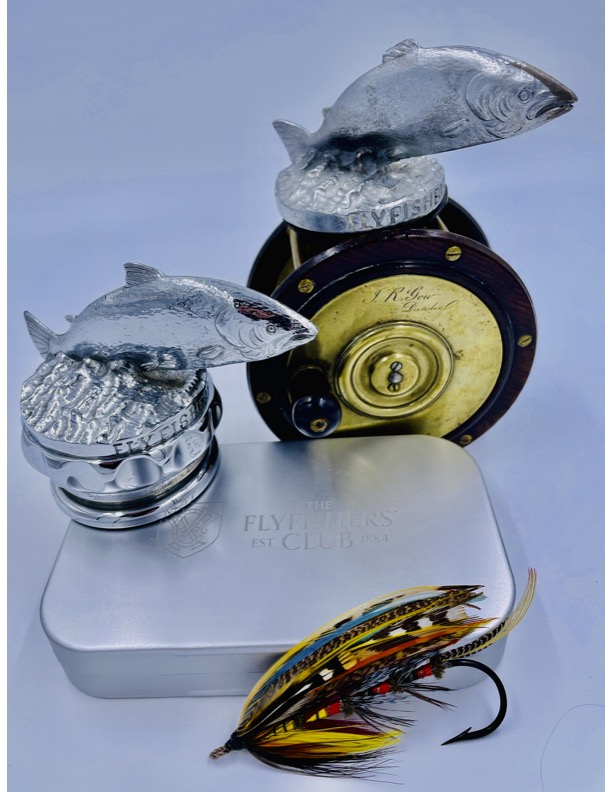 The Flyfishers’ Club in London enjoys a long and storied history, having been founded in 1884. Many items related to the club have been discovered in many unlikely places over the years.

One of the most intriguing are a set of chrome Atlantic salmon mascots designed to be attached to the bonnet as a badge on one’s motorcar. The mascot was designed by the artist and author John A. Rennie and could be purchased from the club secretary for one pound fifteen shillings in the 1920s, then years later as a nickel-plated version for 35 pounds. 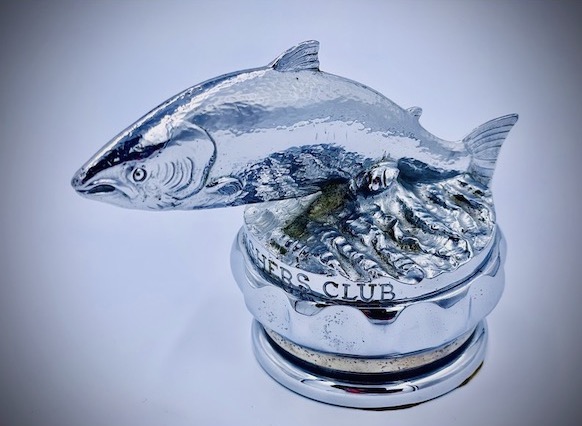 Rennie was also the designer of a unique leaping salmon lighter which remains in the rooms of the Flyfishers’ Club in the Savile Club at 69 Brook Street in London. A similar lighter was presented by the club to the Anglers’ Club of New York City in 1949 as a token of friendship between the two clubs.

The two car mascots pictured were purchased at a fly fishing collectibles show and on eBay over the years.

One thought on “Cast From the Past: Flyfishers’ Club Leaping Salmon Auto Mascots”