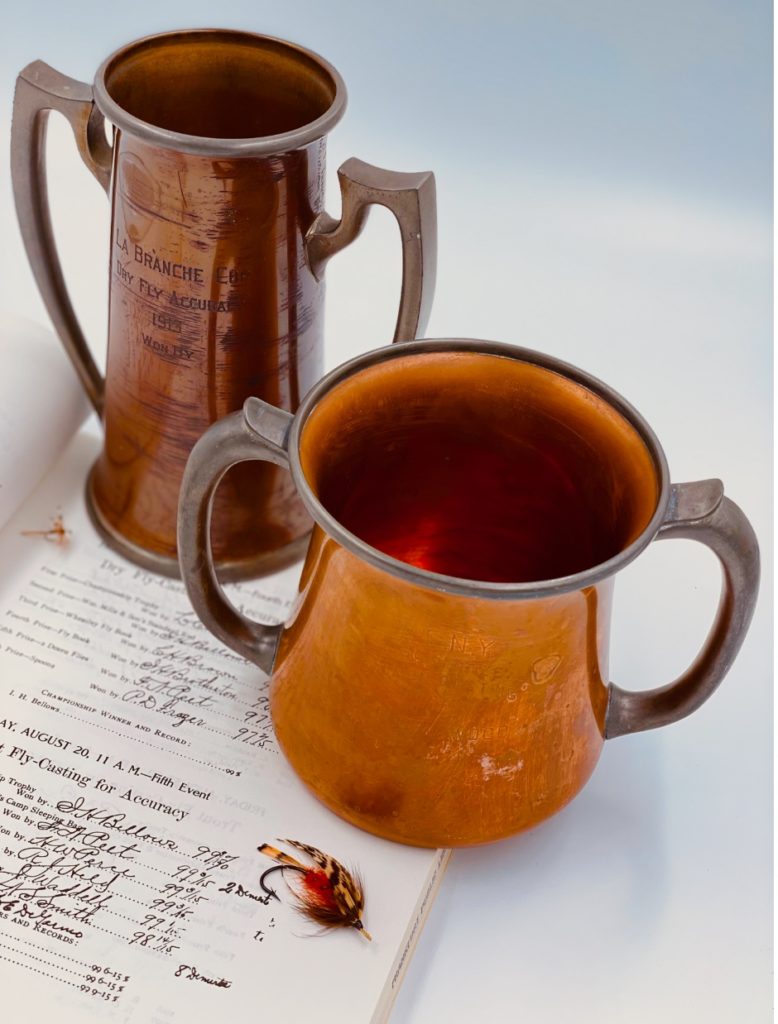 The advent of many popular fly casting tournaments, starting in the 1860s, was one of the most important contributors to the development of fly fishing reels, lines, and casting techniques. 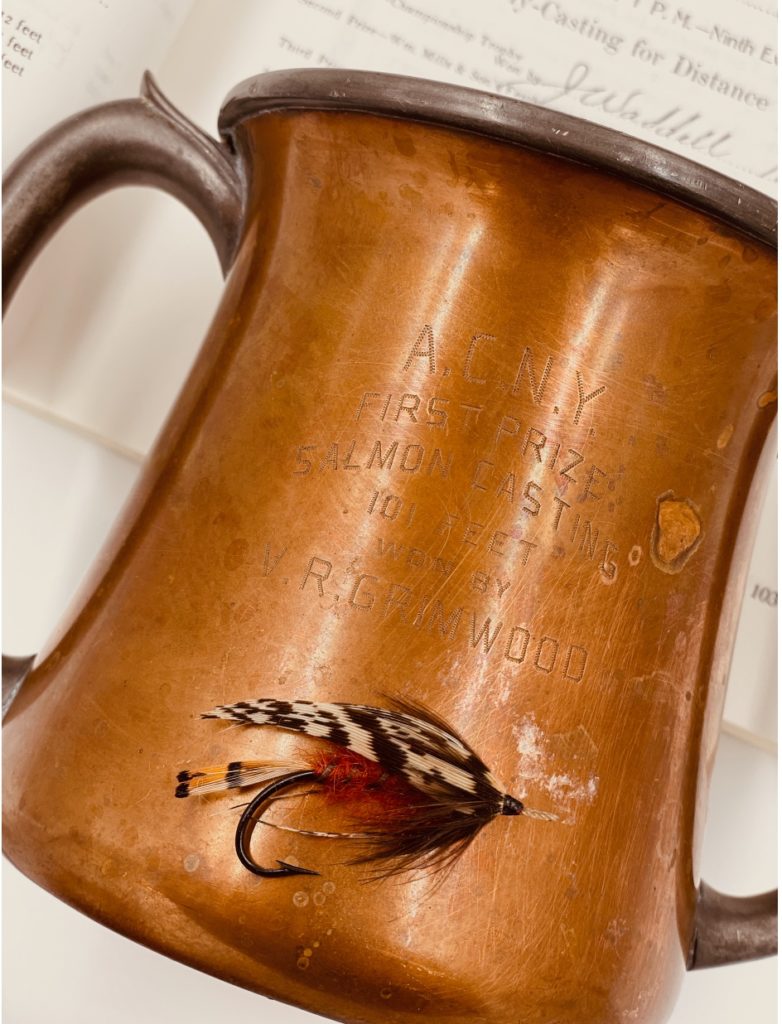 In America, the first casting tournaments were held in 1861 at the annual meeting of the New York Sportsmen’s Club. Many of the most accomplished early fly casting tournament winners were also notable New York fish culturists, including Seth Green of Rochester, Robert Barnwell Roosevelt and Fred Mather of New York City, and Reuben Wood of Syracuse.

These fish culturists established many of the first fish hatcheries in the U.S. as well as some of the key casting tournaments. Many other American rod makers and tackle makers also participated actively in the competitions. In 1882, the famous rod maker Hiram L. Leonard first appeared on the casting scene, beginning a 30-year casting dynasty that also included Reuben Leonard, Hiram Hawes, Cora Leonard Hawes, Merritt Hawes, William Mills, and Thomas and Ed Mills. 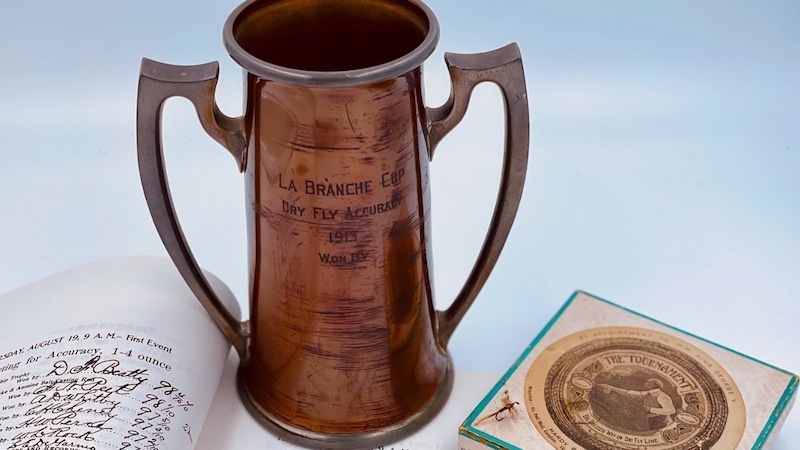 The first formal casting club in America, the Chicago Fly Casting Club, was founded shortly before the World’s Fair in Chicago in 1893 where an “Open to the World Scientific Angling Tournament” was held.

The second casting club in America was organized in San Francisco in 1894, eventually being named the Golden Gate Angling and Casting Club. Its members included a number of the top technical consultants to the Scientific Anglers line company, one of who developed the modern AFTMA standard for identifying the “weight” designations of fly lines.

Other prominent New York anglers who were famous casting champions prior to 1900 were many accomplished fly fishing authors including Wakeman Holberton, Edward R. Hewitt, and George M. La Branche. 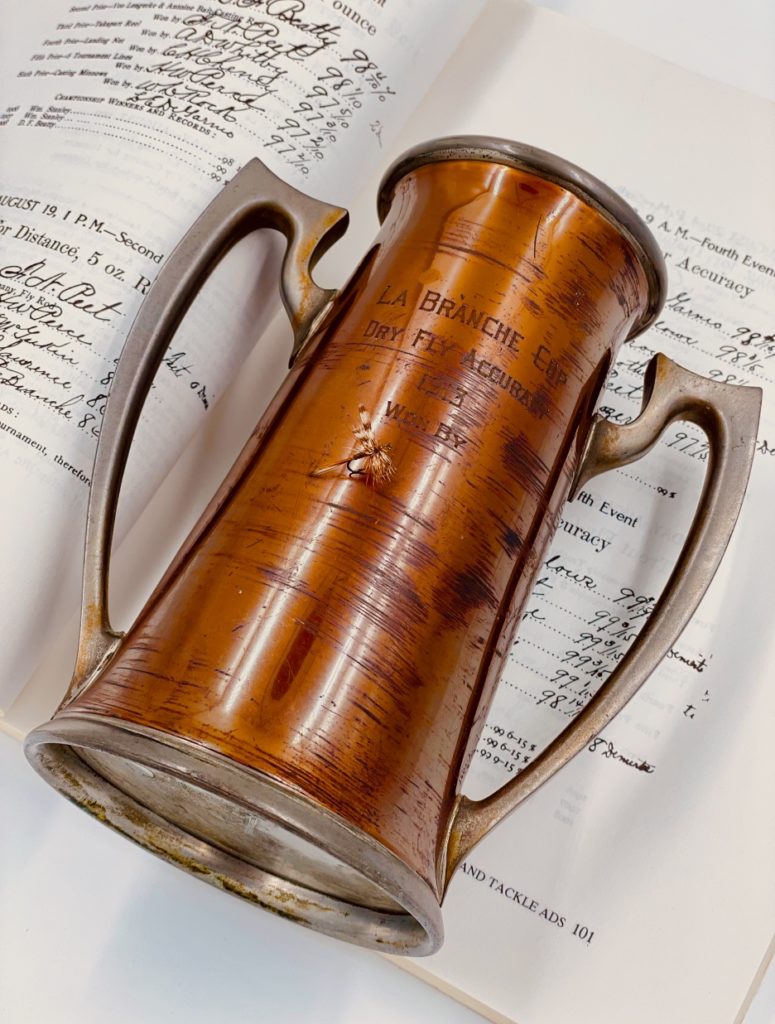 La Branche was one of the organizers of the Anglers’ Club of New York, which also held regular tournaments in New York City for many years. The La Branche Cup pictured here from the Anglers’ Club of New York casting tournament of 1913, was awarded by La Branche himself to the winner of the Dry Fly Accuracy casting event. The other cup featured here was awarded for salmon fly casting for a distance of 101 feet by V.R. Grimwood at another ANYC tournament.

One thought on “Cast From the Past: Fly Casting Tournaments”