Licensing of the fisheries became the source of both revenues for owners and capital resources for fish and game departments.

Some of the early licenses and club passes have now become highly collectible as have the many trout and salmon stamps designed and printed by the fisheries authorities. 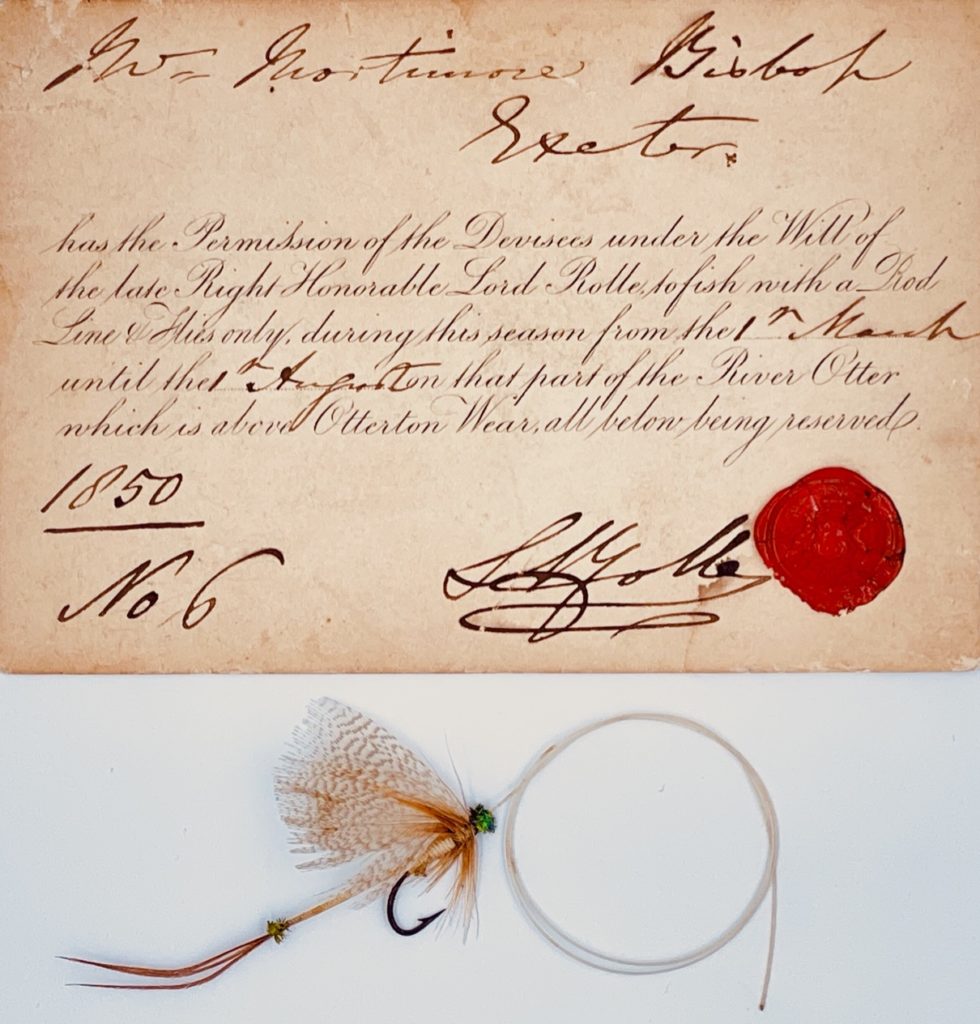 Here are a few examples from the ages, including an early license for fishing on the River Otter in the U.K. from 1850, which under the will of the late honorable Lord Rolle granted the licensee the right to fly fish a specific stretch of the river, complete with a wax seal. 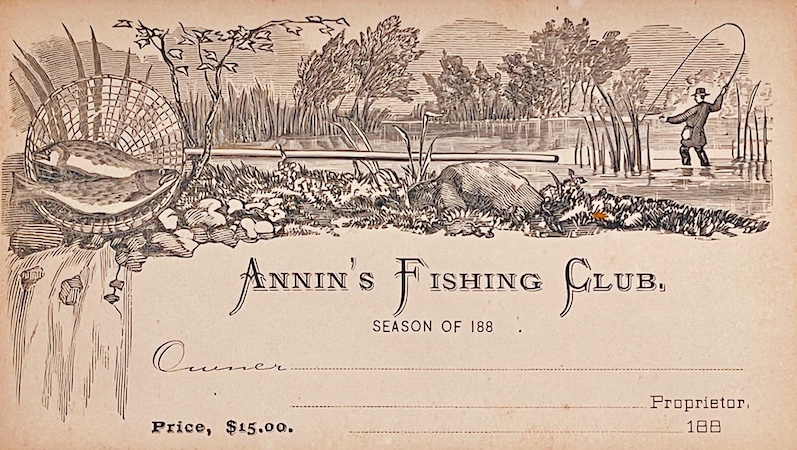 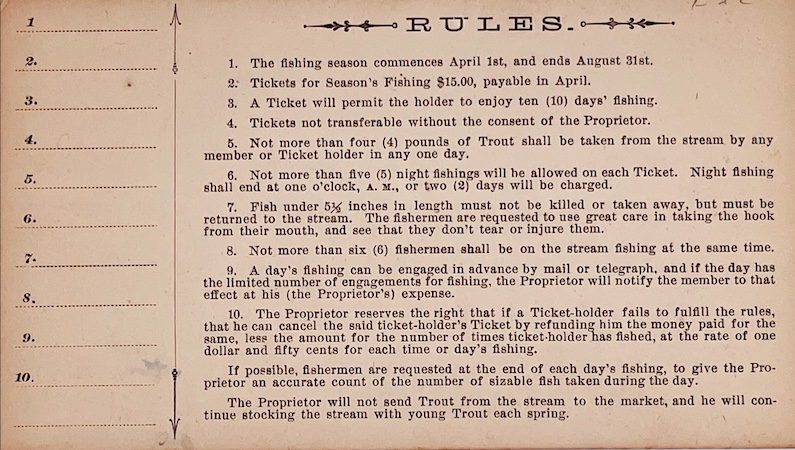 A later example includes a private pass dating from the 1880s to fish the Annin’s Fishing Club in Caledonia, New York. J. Annin, the owner, was one of the first and most notable fish culturists in the United States, having established and managed a number of the earliest trout hatcheries.

Many of the states also produced some beautifully designed and printed fishing licenses, including this one issued by the State of California in 1914, which appeared on eBay earlier this year, with a price tag of $1,100.

One thought on “Cast From the Past: Fishing Licenses”