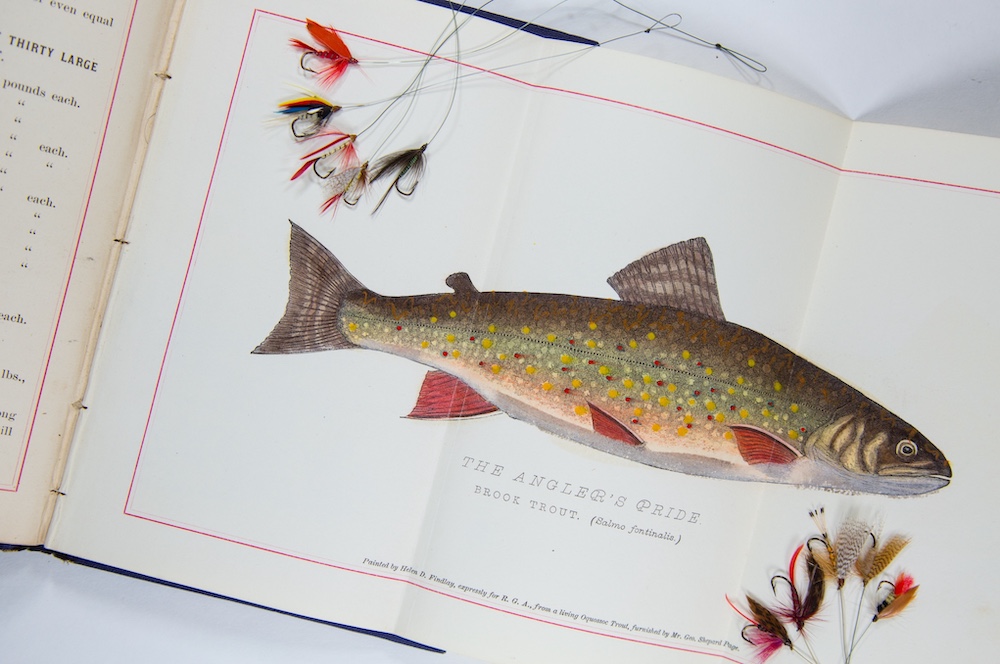 This iconic portrayal of a brook trout was published as a fine fold-out chromolithographic print in Reuben Allerton’s Book: Brook Trout Fishing from 1869. The trout was painted by Helen D. Findlay for the author based on a live brook trout furnished by George Shepard Page from Oquossoc in the Rangeley Lake Region in Maine.

Oquossoc, or “landing place” was the Abenaki Indian name for what is now called Rangeley Lake. 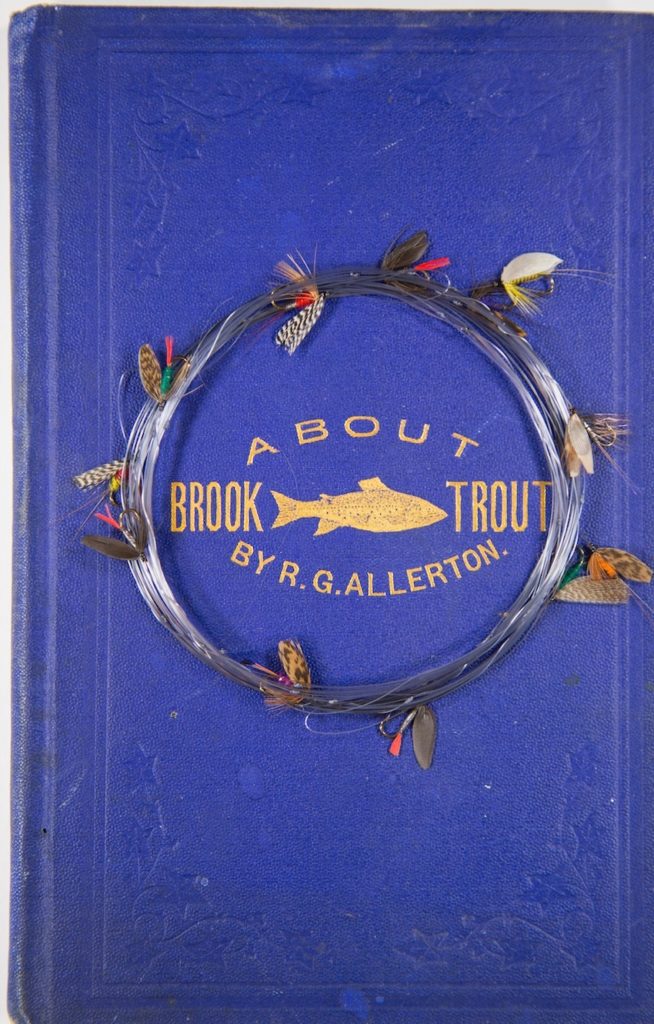 The book is subtitled: “An Account of a Trip of the Oquossoc Angling Association to Northern Maine, in June 1869.” In 1870 George S. Page and Reuben Allerton co-founded the Oquossoc Angling Association, a private club with cabins and a main lodge. The association was involved in many early conservation efforts on the Rangeley lakes, where basic fish and game laws were lacking. Locals sometimes gaffed large numbers of fish in the tributaries and falls, salting them away in barrels.

In 1863 George S. Page, was alleged to have brought home to New York eight trout, averaging six and a half pounds each, and three, averaging eight pounds each, which he presented to his friends William Cullen Bryant, Henry J. Raymond, and George Wilkes. These friends were journalists and wrote about the bounty of trophy brook trout in the Rangeley Lakes, making it one of the most popular fishing destinations in the country.

The sprays of trout flies are British wet flies of the period, tied to silk gut leaders, that were sometimes exported and sold by tackle retailers in the U.S. The patterns include popular flies such as the Parmachene Belle and the Scarlet Ibis and Queen of the Waters.

We’re going to take a summer hiatus from the weekly Cast From The Past feature. We can’t thank Steve Woit enough for making it all happen, look for more Casting From The Past this fall.