Antique and classic salmon flies are truly amazing creations that combine the beauty of natural and often exotic materials with the individual craftsmanship of the tier. Earlier salmon flies were tied with loops of twisted silkworm gut at the eye of the hook.  When stored properly and left unfished, the feathers in them are often as vivid as the day they were made.

From the feathers in the topping at the top and in the wings and cheeks to the body and throat hackle to the tag, butt, and tail, the classic salmon fly is a model of artistry. The style of the dresser determines the overall proportions and aesthetic of the fly and there are thousands of patterns represented in the long history of the Atlantic salmon fly.

Very early salmon flies were often tied directly to braided gut leaders. Perhaps the oldest salmon flies known are a set of Irish and English salmon flies tied in the 1700s and now in the collection of the American Museum of Fly Fishing in Manchester, Vermont.

This Harris collection of flies is believed to be the oldest documented set of flies overall, including both trout and salmon flies, with some of the flies tied to horsehair and Indiangrass leaders.

One of the oldest flies in this group is a salmon fly with a note dated 1791 from Galway in Ireland. It is believed to be a variation of the King’s Fisher Fly. The Irish are credited with introducing many exotic plumages into the early dressing of salmon flies, including exotic golden pheasant crest, parrot, and other vibrantly colored feathers used in the early millinery trade for ladies’ hats and finery.

The hooks in this collection are also of great historical interest, including some of the earliest examples of Limerick, O’Shaughnessy, and Dublin hooks. There were ultimately a wide variety of hooks used for salmon flies, including some initial hand-forged models and the later black Japanned classic hook.

The early work and contribution of the Irish salmon fly tiers are often discounted in the British version of the history of salmon fly tying. 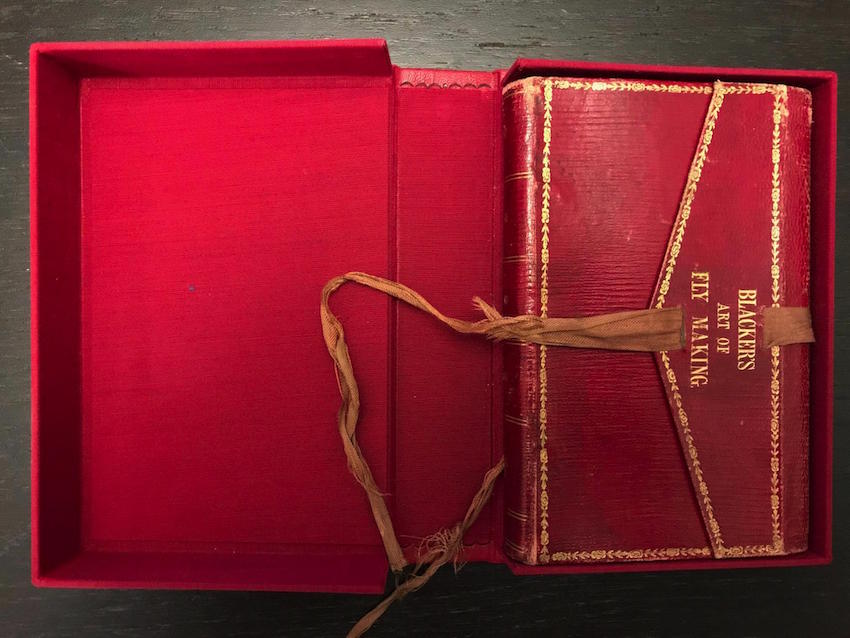 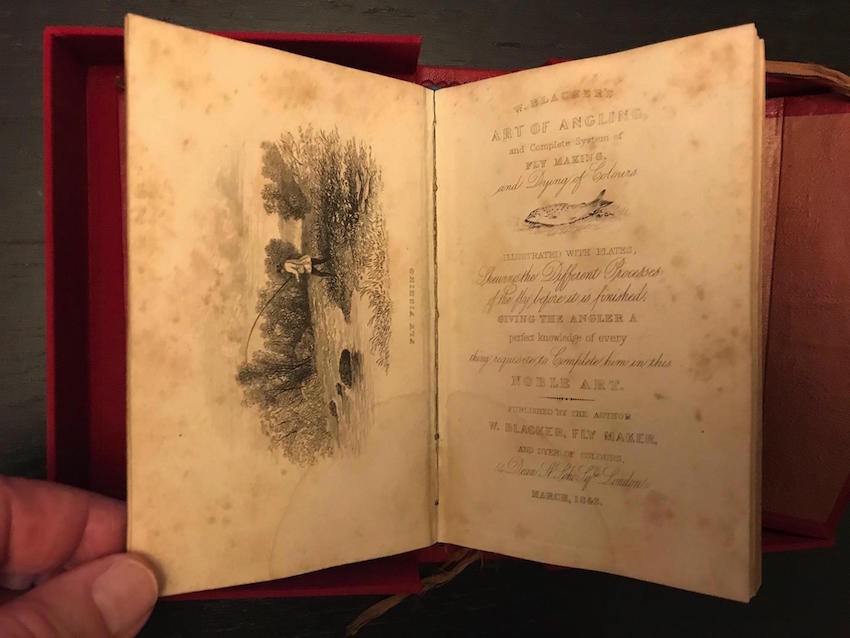 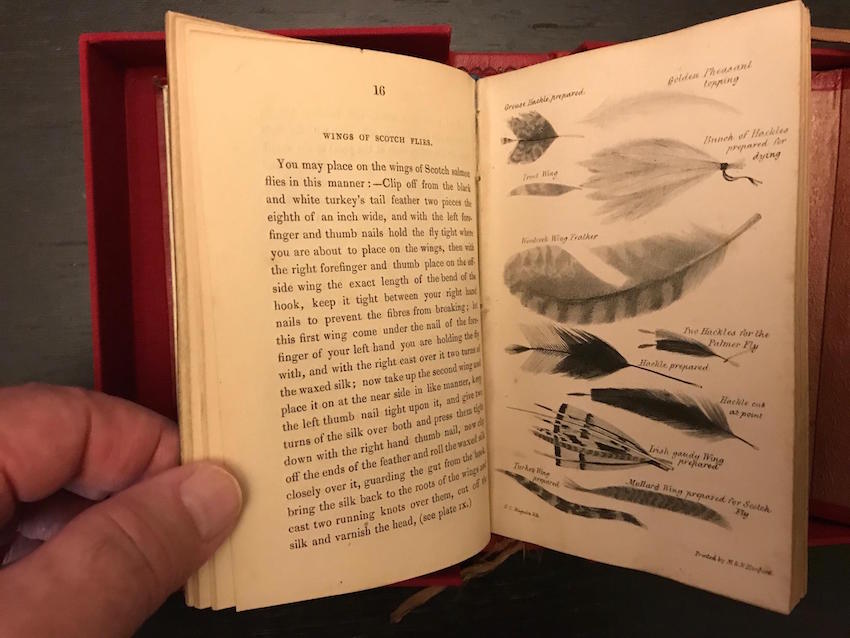 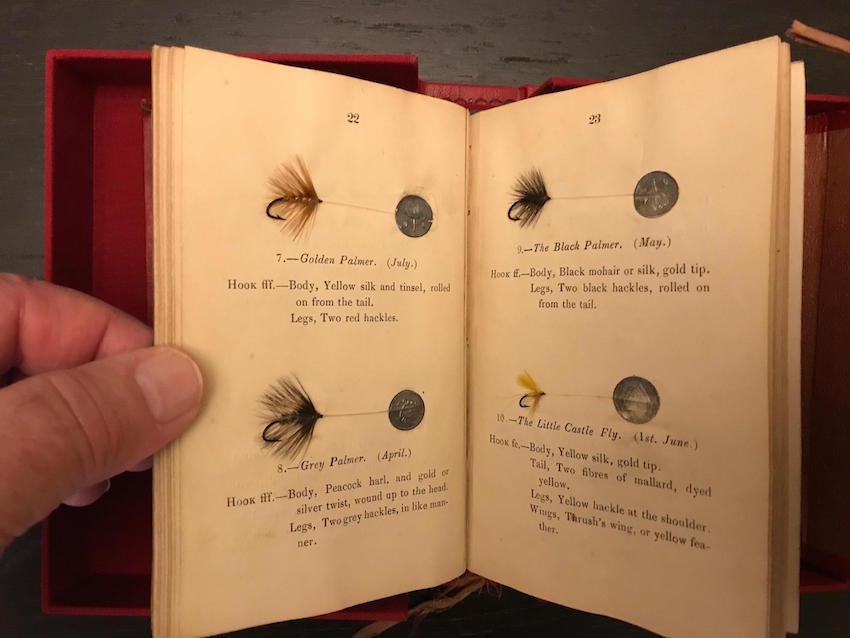 The influential early fly dresser William Blacker emigrated from Ireland to London and published his masterful “The Art of Angling” and the “Art of Fly Making” in the 1840s and 1850s. His work doubled the number of salmon fly patterns in print and he introduced seven key feathers to the art of salmon fly tying.

Andrew Herd, Hermann Dietrich-Troeltsch, and Alberto Calzolari’s huge three-volume “Black Trilogy” published in 2018 is a great tribute to Blacker, with each of the main editions of his books featured in full size from Dietrich-Troeltsch collection and other sources, and beautiful versions of the Blacker flies tied by Calzolari.

One of the most fascinating ways to track the evolution of salmon fly patterns and styles is to analyze the reference collections assembled and retailed by early fishing tackle firms such as Farlows and Hardy in the U.K. and Orvis and William Mills in the U.S.

Each reference collection represents a valuable snapshot of the fly patterns in use at a particular time. Several leading fly fishing authors also helped disseminate the information on specific patterns with their different components, including George Kelson’s iconic work, “The Salmon Fly” published in 1895.

A large book containing 695 patterns of salmon flies dating from 1986 to 1970 from the Farlow shop in London was discovered a number of years ago. The flies were expertly cataloged and described by Martin Lanigan-O’Keeffe in his book “Farlows Salmon Flies” published for the 175th Anniversary of Farlows in 2015. O’Keefe also assembled a large reference collection of over 1,000 dressings of Hardy salmon flies, publishing his authoritative work entitled “Hardy’s Salmon Flies” in 2019. 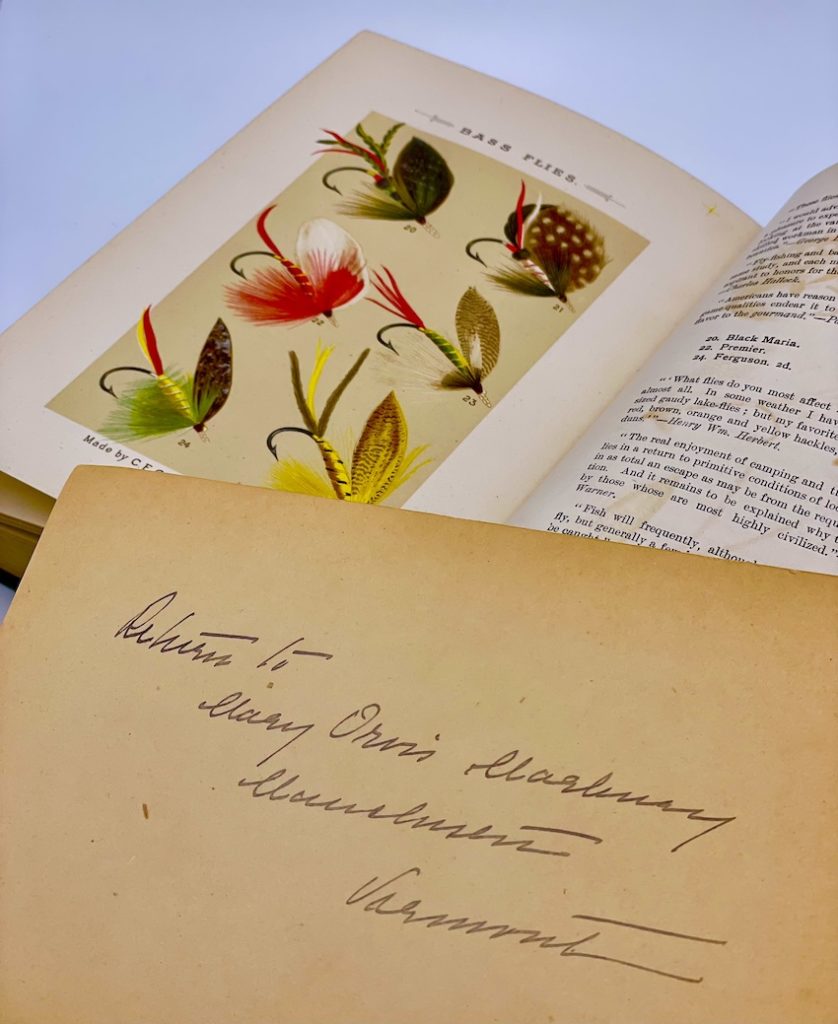 There are also many early salmon flies documented in the pages of Mary Orvis Marbury’s “Favorite Flies” in 1892, including classic British patterns such as the Silver Doctor, the Jock Scott, and the Thunder and Lightning and much more obscure original American dressings such as the Mitchell or the Kennedy, named by flyfishers in this country.

The many Scottish fly dressers over the centuries have also contributed some of the most varied and beautiful work, including Megan Boyd, perhaps the most famous fly tier in the world. The salmon flies from the famous Scottish rivers such as the Dee, the Spey, and the Tay are distinctively dressed, and the Spey fly design soon found a following in the U.S. Pacific Northwest and elsewhere around the world.

Perhaps the most unusual and innovative salmon flies are those that resulted from the creative salmon fly tying movement by such master salmon fly tiers as Paul Schmookler and others whose creations are highly artistic yet intended for display and not for the water.

Schmookler and his partner Ingrid Sils have also made a major contribution to the knowledge of salmon fly tying materials with their magnum opus “Rare and Unusual Fly Tying Materials: A Natural History,” published in two volumes in 1997.

Schmookler’s Harmood Banner Collection of salmon flies is one of the best reference collections of British salmon flies on this side of the Atlantic, with 528 examples from any of the original dressers of each pattern.

Hard to imagine that all of these great pieces of art were created to lure Atlantic salmon, who are actually not feeding when returning to the great rivers. Salmon flies continue to lure collectors and flyfishers alike and I admit to being completely hooked.

3 thoughts on “Cast From The Past: Atlantic Salmon Flies”