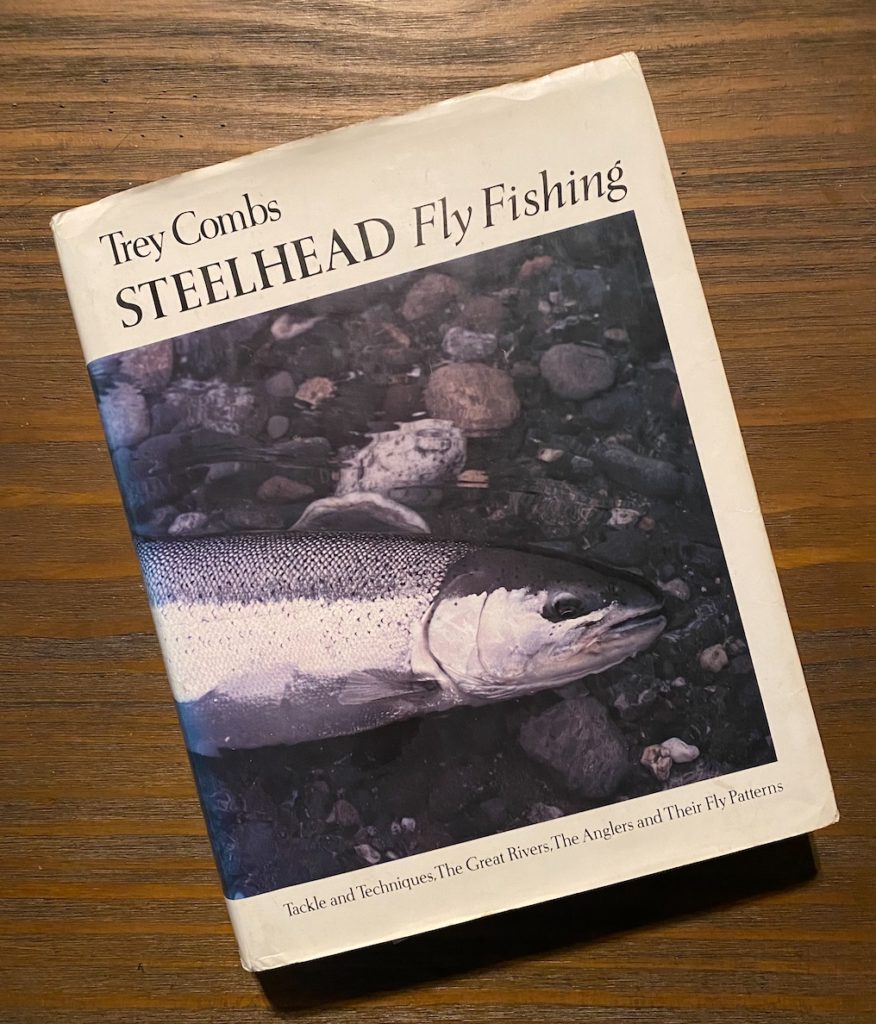 Days of steelhead past.

In the 1990s, at least among the group of steelhead addicts that formed my circle, this book was called, simply, “The Bible.” And if fishing the swung fly for steelhead can be considered a religion of sorts, the name is wholly appropriate and meant with no disrespect to other books of the same name. It was, in short, a primer for living, with all the stories of the great rivers, the characters who fished them, the flies and techniques…basically everything anyone needed to know about the obsession that had us in its grip. Today, while the flies and technical descriptions may seem dated and many of the characters profiled are gone, it’s still full of useful information and a great record of a time when there were a lot more fish. Personally, it reminds me of when all I ever thought about was steelhead, when, from my home in Seattle, I fished the Skykomish, the Skagit, the Sauk, the Green, the Stilly, and the Snoqualmie on a daily basis. Many of those fisheries are gone now too, but the book remains as a document to what was possible not so long ago, and inspiration to keep fighting to bring back what once was.