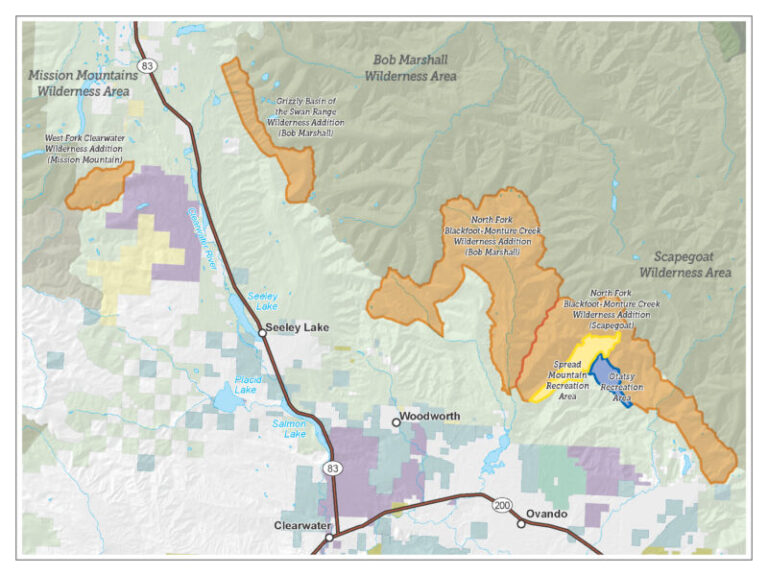 We recently posted a link to an editorial by Norman Maclean’s son John calling on Montana Senator Steve Daines to support the Blackfoot Clearwater Stewardship Act. Maclean’s op-ed was just one of several editorials that have been published in Montana papers by supporters of the  Blackfoot Clearwater Stewardship Act (BCSA). The act, introduced by Sen. Jon Tester, would designate nearly 80,000 acres at the headwaters of the Blackfoot as wilderness.

Since then we’ve come across additional editorials saying Tester’s proposed legislation is not all it’s cracked up to be.

From George Wuerthner in Wildlife News:

There is no doubt that the 80,000 acres of additional wilderness will benefit grizzly bears, bull trout, and other wildlife suffering from resource extraction impacts.

However, advocates misrepresent the legislation by ignoring the increase in logging that the BCSA would permit in the Blackfoot drainage. Indeed, the legislation mandates ten years of logging with limited public oversite.

And this from Mike Garrity in the Missoulian:

Despite the claims of its collaborator proponents, Tester’s bill fragments the Monture Creek Inventoried Roadless Area — which includes federally designated critical habitat for lynx and bull trout. The area also provides secure habitat for grizzly bears, is a stronghold for native westslope cutthroat trout, and provides a secure elk migration corridor from the Scapegoat Wilderness to the lower elevation winter range. The bill chops the Monture Creek roadless lands in half and designates more than 5,000 acres of these critical public lands as play areas for snowmobiles and mountain bikes.