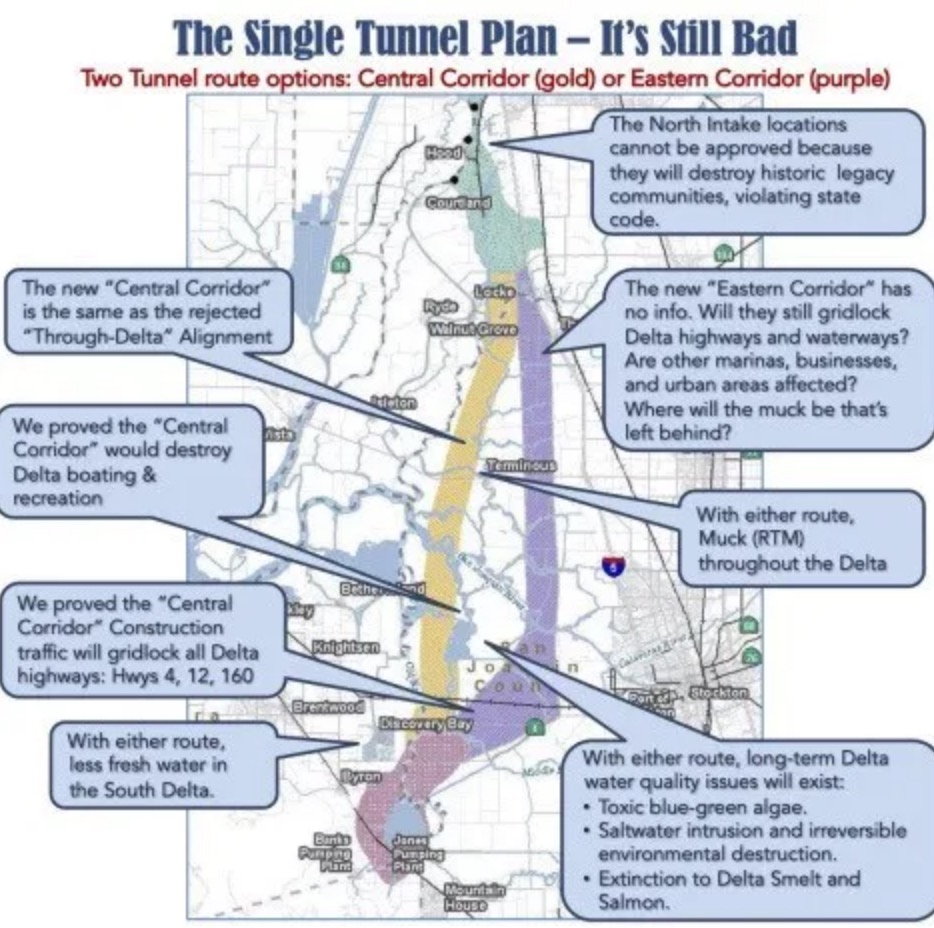 The Army Corp is at it again.

Critics say the tunnel would hasten the extinction of winter and spring-run Chinook salmon, Central Valley steelhead, Delta and longfin smelt, and other state and federally listed fish species. The enormously expensive project would also imperil the salmon and steelhead populations on the Trinity and Klamath rivers.