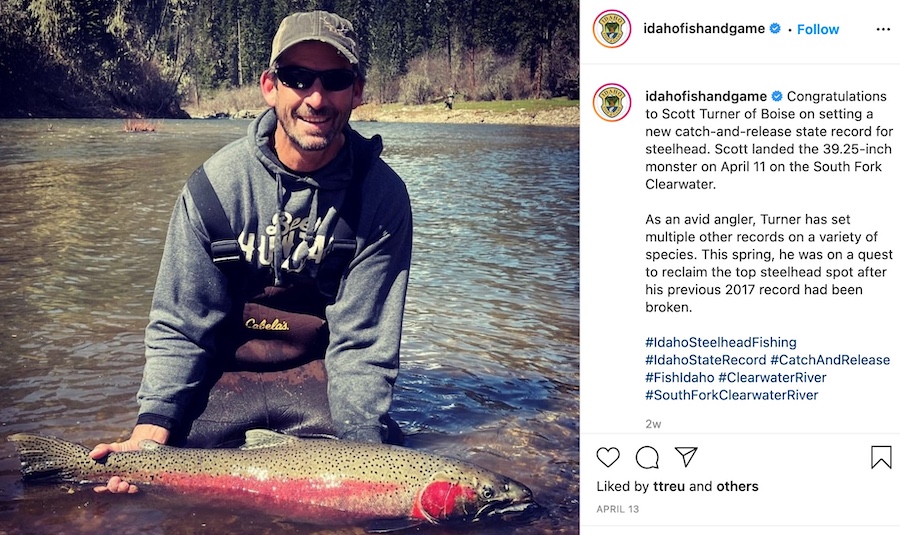 When a Boise man reeled in an Idaho state-record steelhead, he also hooked a passel of controversy.

Scott Turner caught the 39.25-inch steelhead from the South Fork Clearwater River in April setting a state catch-and-release record. The achievement was promoted by Idaho Fish and Game in a news release, on Facebook and Instagram.

One vocal quarter of the angling community didn’t think highly of his catch. In particular, the Idaho Fish and Game Instagram post drew quick condemnation from anglers who believe it’s unethical to fish for steelhead so late in the season and so close to spawning beds, known as redds.