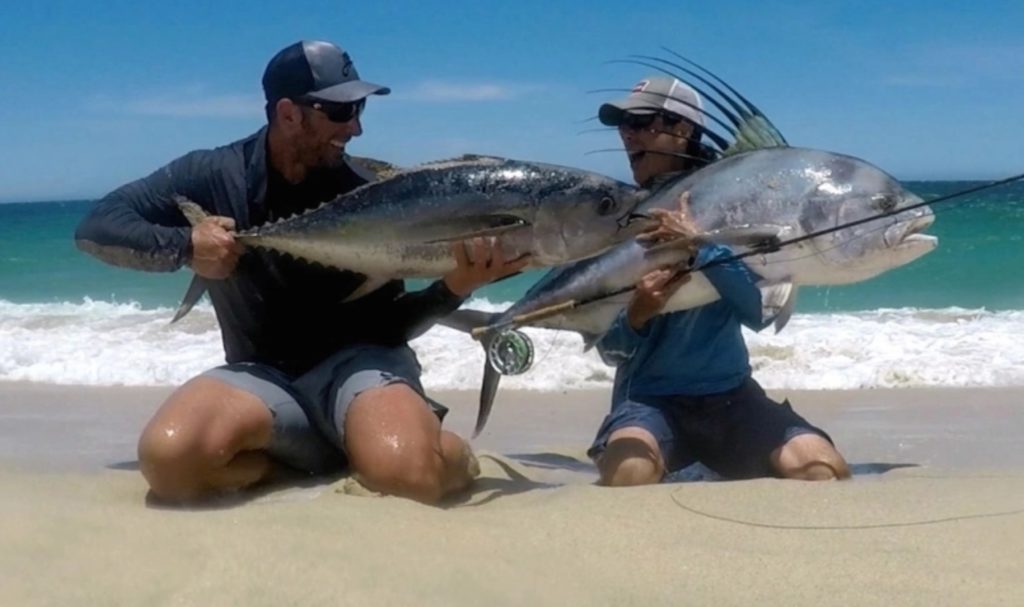 But as Anest reeled the 37-pound tuna toward the beach, another remarkable event occurred: Several massive roosterfish, seemingly attracted by the commotion, accompanied the hooked tuna into the surf zone.

This placed them within fly-casting range and before long, local guide Lance Peterson was battling an estimated 80-pound roosterfish on a fly rod.

Cast From The Past: The Thomas Chubb Company

TBT: Boner, Everybody Wants One

America’s Most Endangered Rivers of 2021