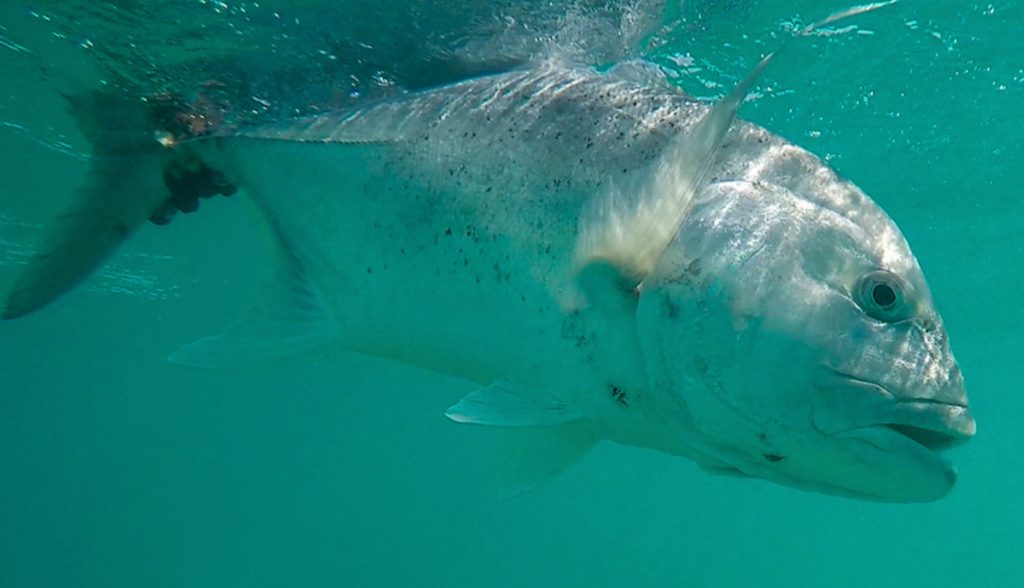 Giant Trevally aka Kingfish have been swimming up the Mtentu River every year for aeons, but some residents fear their migration may be under threat.

Like most restless wanderers, the giant trevally has many names. In the Pacific Ocean, some call the mighty fish “ulua”. The Hawaiian Islands were said to be formed from the body of a colossal ulua, broken into eight. When one was pulled from the Red Sea in 1775, and became the first to be scientifically described, it was given the Latin name Ignobilis – ignoble.