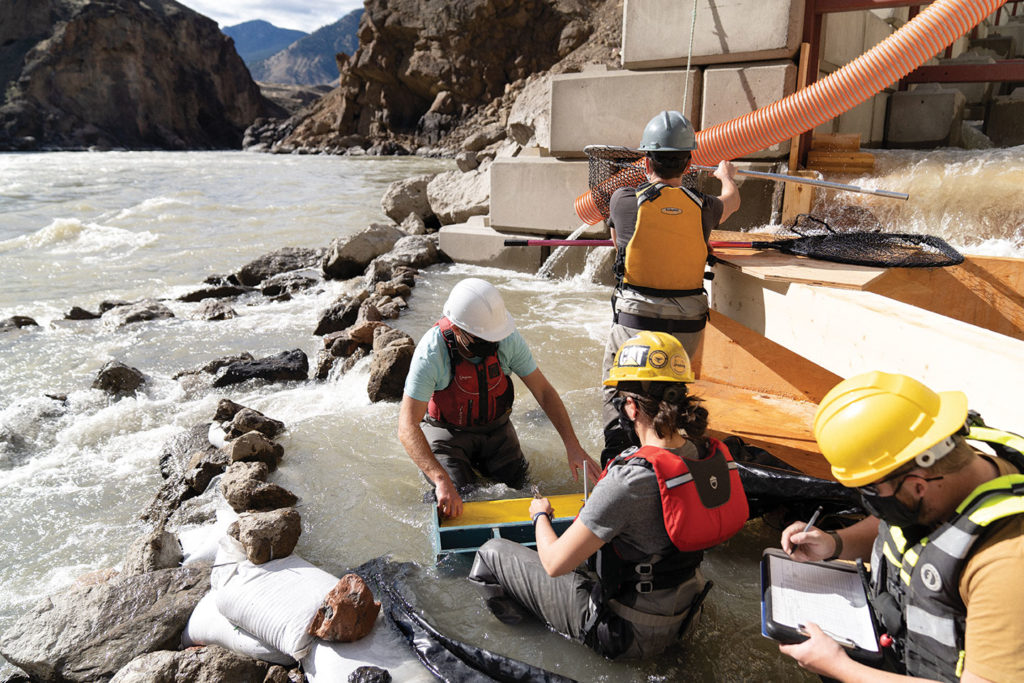 Sometime in early November 2018, 85,000 cubic meters of rock — the equivalent of 750 double-decker buses — sheared off a 125-meter-high cliff and tumbled into a remote section of the Fraser River. The rocks created a waterfall two stories high and a ravenous stretch of rapids.

Spawning salmon were among the first to discover the landslide. Their finely tuned bodies, an evolutionary masterpiece capable of jumping as high as an Olympic high jumper, could not compete with the destruction nature had wrought. Unable to pass the falls, they were pinned below, their energy and flesh rapidly depleting, unfertilized eggs trapped in their bellies. Neither salmonid nor human could afford to lose this battle.