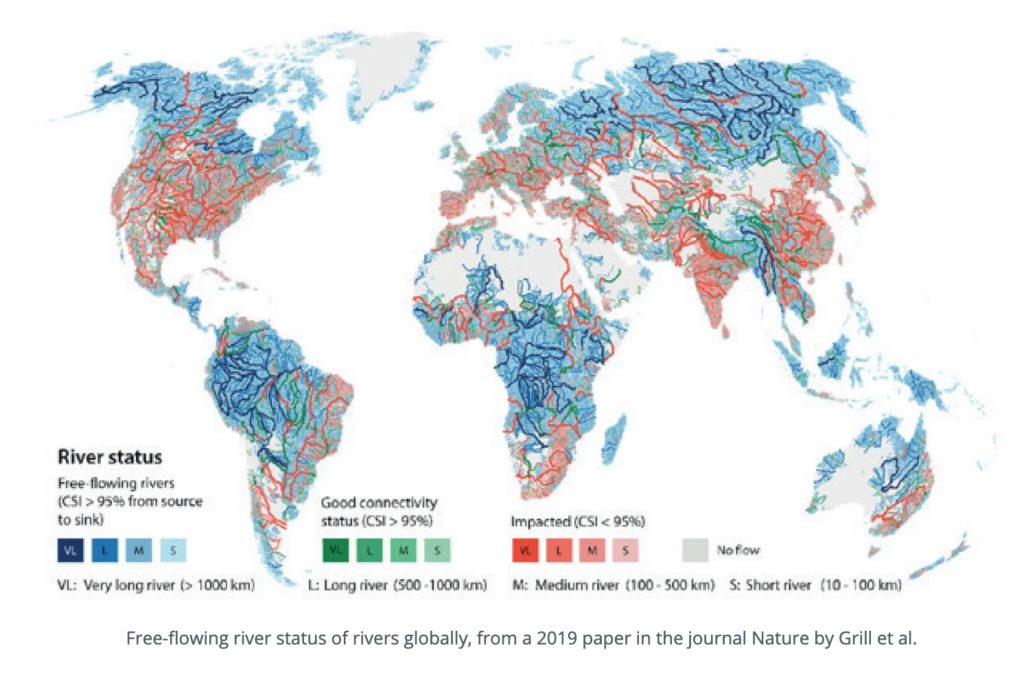 Populations of migratory river fish collapsed by 76% on average in the last 50 years, according to a report by conservation groups Tuesday, warning the “catastrophic” declines could impact people and ecosystems around the world.

Overfishing and loss of habitat have had a devastating impact on migratory fish, according to the research by groups including the International Union for the Conservation of Nature, WWF, World Fish Migration Foundation, and the Zoological Society of London.

Almost one in three of all freshwater species are threatened with extinction, the report said, with migratory fish “disproportionately threatened.”