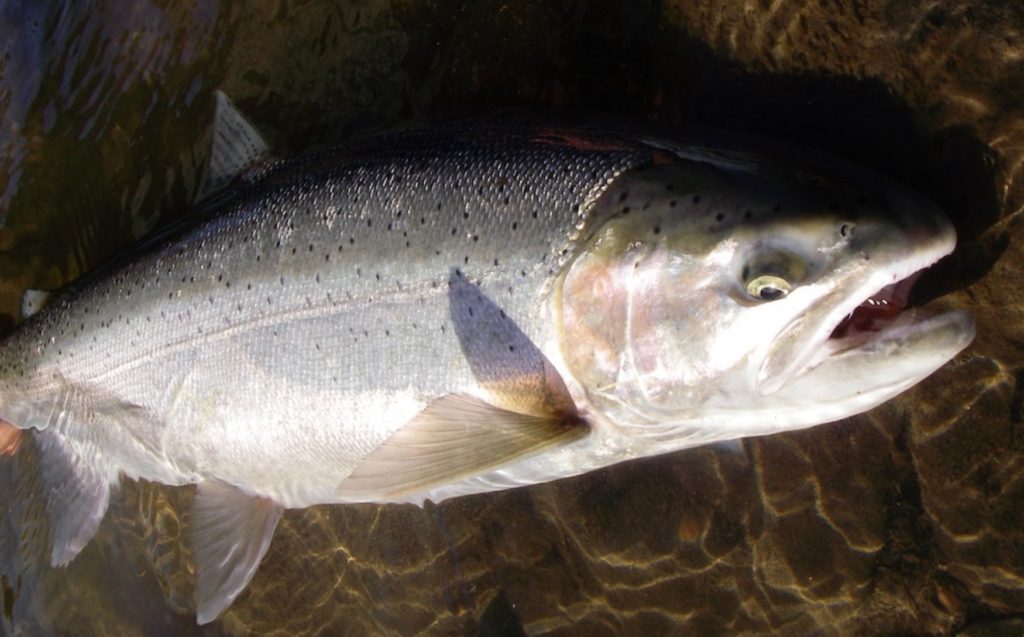 And in all likelihood, the Canadian Federal Government won’t act.

A thorough risk assessment of Chilcotin and Thompson steelhead trout has confirmed the results of a previous survey declaring the fish at risk of extinction. The latest findings mean the fish will again be considered for listing under the Species at Risk Act.

Further proof of the insanity is that augmenting wild populations with hatchery fish is also under consideration.

For reference, here is an excerpt from a July 2009 Chum post regarding the dire situation on the Thompson.

British Columbia’s Thompson River, among the most storied steelhead rivers in the world for its huge, hard fighting fall steelhead once supported thousands of spawning steelhead annually. As recently as the 70s numbers were over 10 thousand.

Steelhead biologists confirmed this week what was predicted last fall — Thompson River steelhead returns for 2008-09 are the lowest ever recorded.