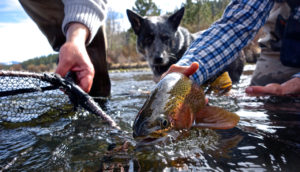 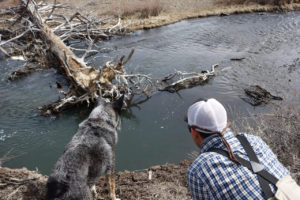 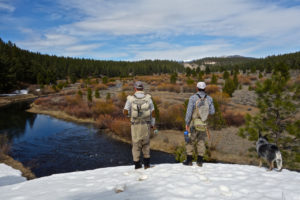 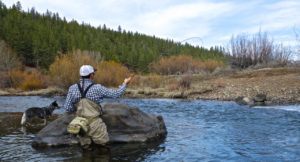 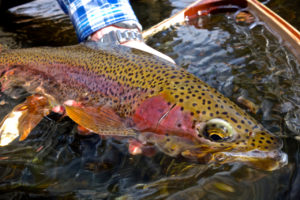 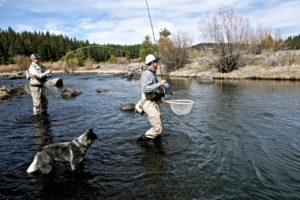 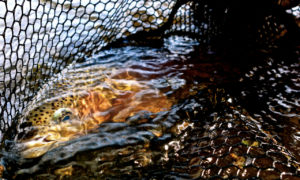 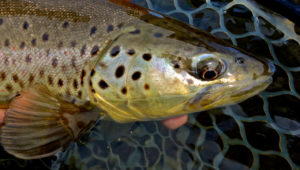 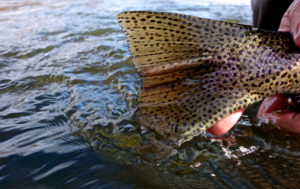 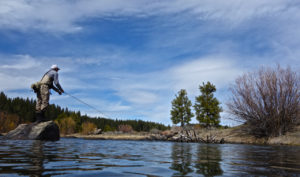 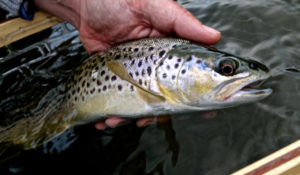 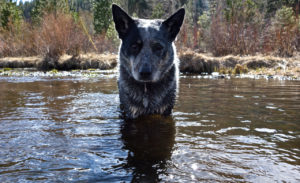 The fish conservation world can be a depressing place at times. Some days it feels like the only stories gracing my newsfeed are tales of historic loss and looming threats of unimaginable proportions. So on the rare occasions when a story of success crosses paths with my inbox, I tend to drink it up with the ravenous exuberance of a dried-out alcoholic.

Such was the case several months ago when Trout Unlimited’s Sam Sedillo sent me a video about a successful grassroots effort to restore a 2-mile stretch of California’s Little Truckee River. Luck would have it that I was going to be out near the Little Truckee in a few weeks, so I dropped a not-so-subtle hint to Sam that I’d love to see their restoration work in action. Fortunately he picked up on my drift like a hungry trout hunting down a well-presented mayfly.

A few weeks later I found myself trucking through the Little Truckee alongside Sam, local guide/Truckee TU board member Dan LeCount, and a kickass fishing dog named Oden. With cold beers tucked in our waders and a bluebird sky warming our backs, we spent the day nymphing for golden-sided, desert rainbows and burly browns. Between holes, Dan and Sam would point out the backwaters that had been excavated, the hundreds of trees that had just been planted, and the multitude of monstrous boulders that lumbering excavators had placed in the river.

It was a welcomed change to see signs of success and hear unadulterated optimism about a brighter, fishier future. It was a empowering to hear how TU staff and Tahoe’s grassroots army of trout bums joined forces to successfully transform their vision into a powerful reality. And it was exciting to know that this project is just the start of TU’s larger plan to restore an array of coldwater fisheries throughout the Tahoe/Truckee area.

I often feel like the cacophony of bad news that surrounds us drains our collective optimism and diminishes our will to fight. But the Little Truckee is an important and much-needed reminder of what anglers can accomplish when we unite and commit to effecting change.

For more info, check out Truckee TU’s Facebook and website, Trout Unlimited’s website, and Dan LeCount’s Blog. Plus, you can check out the great video they made about the project below.