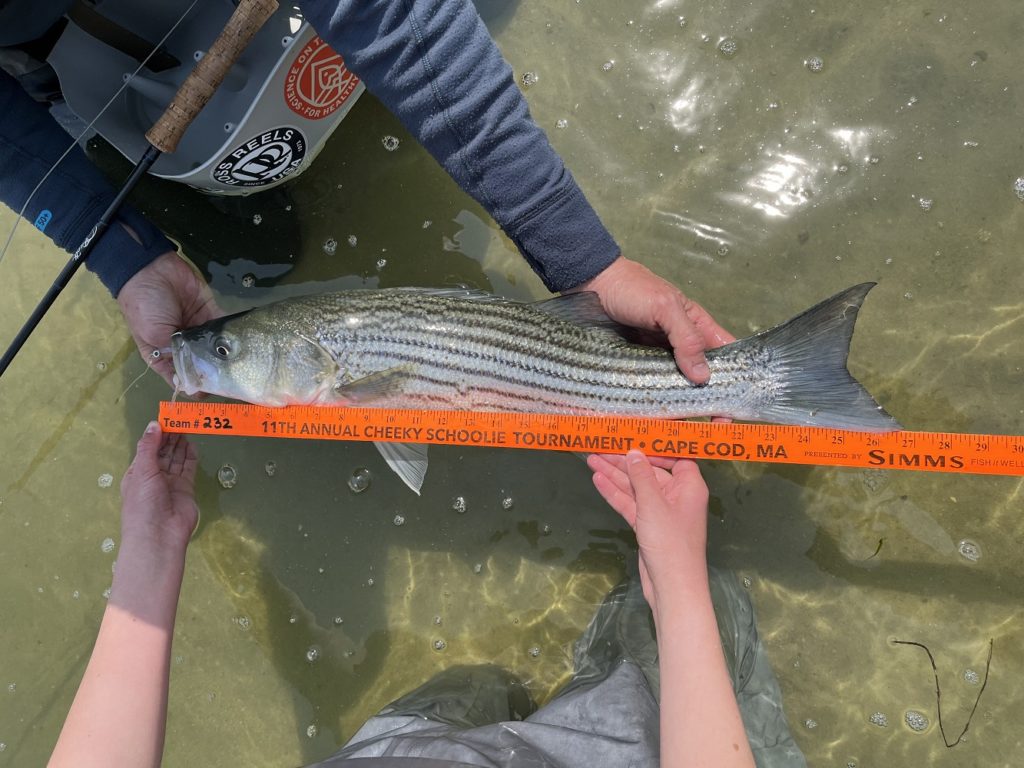 Cape Cod, Mass.–May 21, 2022: “And with a Schoolie record of 116 inches for 4 fish, team Playing Hooky takes first place,” announced Cheeky CEO, Ted Upton. Upton started the Cheeky Schoolie Tournament more than a decade ago as a fun challenge between friends. It has grown into the world’s largest fly-fishing tournament and a beacon for striped bass conservation.

This year, the 11th annual Cheeky Schoolie Tournament presented by Simms saw record fish landed, measured, and safely released on tournament day. Twenty-nine teams had more than 100 inches of fish on the scorecard, another tournament record. Each team of two anglers photographs and measures their longest 4 fish to get their total inches. The weekend provided ideal fishing conditions with little wind and bright skies in the afternoon. 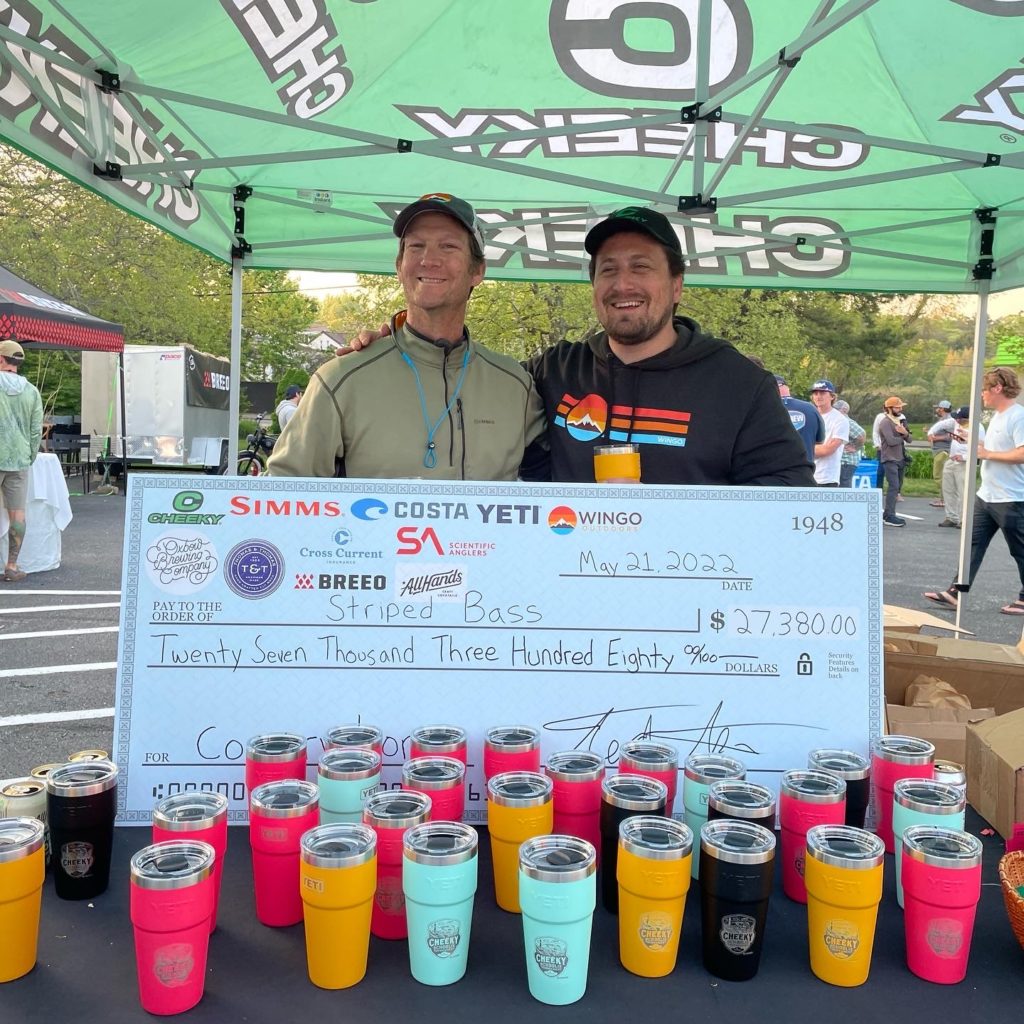 Jared Mertens and Mark Kasok of team Playing Hooky came away with the victory, while Team Jones (Caitie and Justin Jones) and Harpoon Willies (Jay Seals and Chris Doucette) both measured 112.5 inches of fish. Team Jones took second with the longer-fish tie break. Jared Mertens also took the big fish prize with a nice 33.5-inch-long striper. To see the full list of winners and other useful information about the event visit https://www.schoolietournament.com/, the event’s new website.

Proper fish handling and safe release are core to the event’s mission and conservation message. Cheeky has worked with Keep Fish Wet on tournament rules to ensure all fish are measured at or below the waterline and the minimum fish length for measurement is 20 inches.

“This tournament has always been about the angling community and the fish,” said Upton. “We know that the event is a boon for the local economy early in the season and we work hard to expose our anglers to proper fish handling techniques. “

“It’s been our honor to work with Cheeky to incorporate science-based best practices for handling and releasing stripers in their tourney,” said Sascha Clark Danylchuk of Keep Fish Wet. “We are grateful for all they do to raise awareness and contribute to striper conservation.”

A science team from UMass Amherst used the tournament to kick off a multi-year study to examine how striped bass respond to catch and release.

Taylor Vavra, Vice President of Stripers Forever echoed others’ sentiment. “The Cheeky Schoolie Tournament transcends the traditional fishing tournament philosophy and elevates it to a whole new level through conservation and angler education. We are both excited and beyond grateful to, yet again, be a conservation partner.”

In addition to the tournament on Saturday, Friday saw conservation and science at the heart of the discussion at the inaugural Striped Bass Symposium, hosted by ASGA, and presented by Costa and Cheeky.