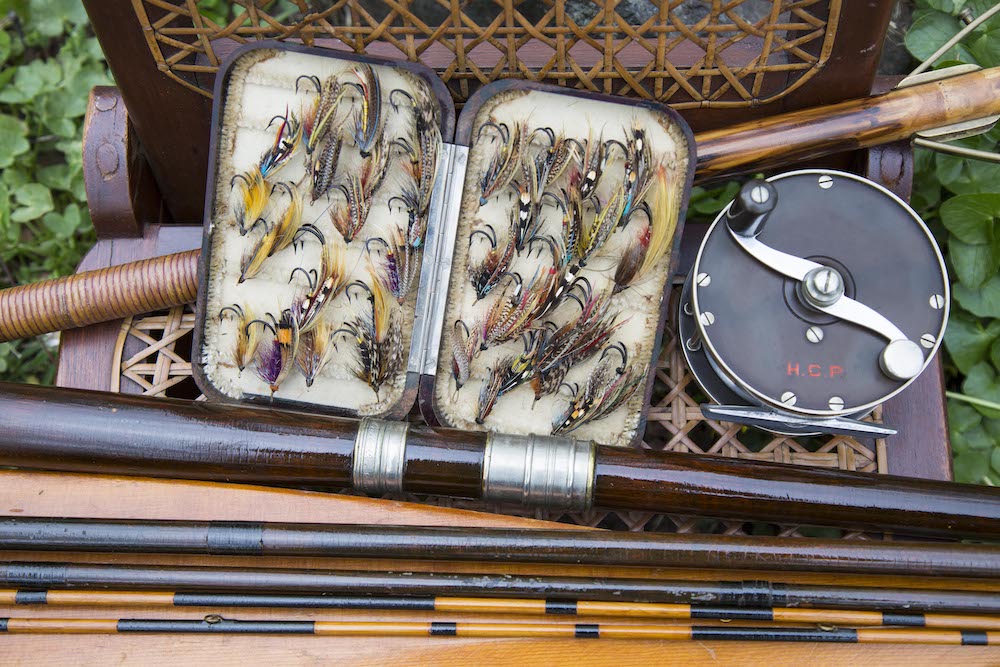 This rare early American Thomas Mack Rod measures 14 feet three inches and is a two-handed salmon rod in four sections built circa 1860-1870. The butt and midsections are made of ash wood and the tip was made of four-strip Calcutta bamboo. Many earlier fly rods were made of a variety of woods including ash, greenheart, lancewood, and hickory, as well as bamboo. This rod has fine German silver hardware for the reel seat.

The reel pictured is a Vom Hofe salmon reel made of hard rubber and German silver, custom engraved and monogrammed. Edward vom Hofe is considered to be one of the greatest reel makers of all time. He made reels in New York from 1867 until the 1940s. His reel making family included his brother Julius and his father Frederick.