One of the relatively obscure categories for collectors of piscatoriana involves saving those old cigar boxes from the turn of the century. Cigar box labels began to be popular in the middle of the 19th century when chromolithography made it more economical to print a beautiful label that could be glued to the box of cigars.

The brand competition was intense at the time, with cigars named after U.S. Presidents, famous battles, folk characters, or some of the great rivers. Some cigars were even branded “Speckled Beauties” after the brightly colored Eastern brook trout. 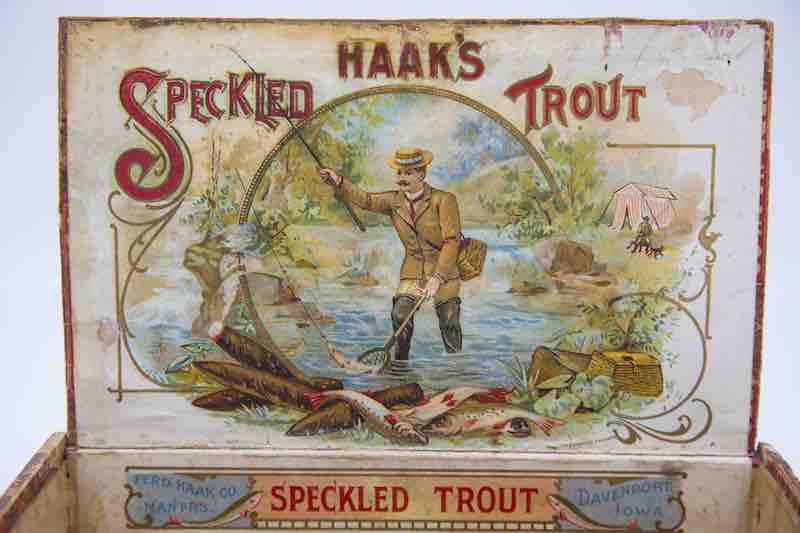 Examples of the more ornate labels use more than 20 colors, and some are embossed as well. Some cigar box labels were so attractive that a newspaper of the time in the 1880s found that “the label is often better than the cigar”.