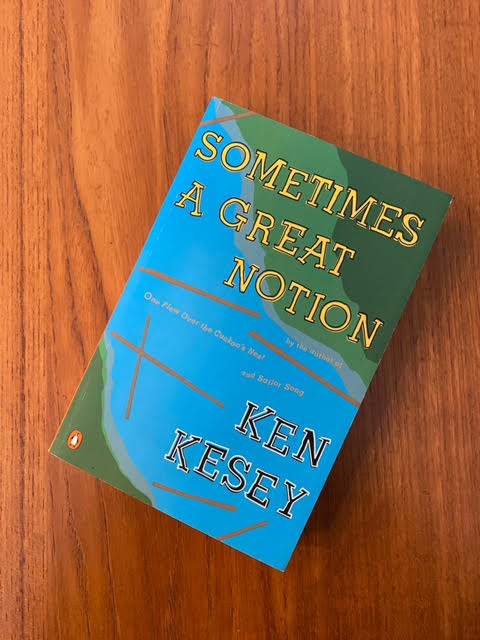 We’re back with another BOTWW courtesy of Dylan Tomine.

When I was a kid growing up in Western Oregon, the big talk, for years, was about when Hollywood royalty came to the coast. I was too young when it happened, but every restaurant in Newport had pictures on the wall of Paul Newman, Henry Fonda, Lee Remick, and other stars. The film was Sometimes A Great Notion, and while it’s still a good one, in a dated, 70’s kind of way, the book it was based on is something special. Kesey’s magnificent story of labor strife, long-standing family battles, fathers, sons, and brothers, set in the dark, rainy coastal forest, truly captures the spirit of the old Oregon coast. In some ways, it reminds me of Legends of the Fall, or even A River Runs Through it, but with Kesey’s own, singular language and style. And there’s always this, the Stamper family motto: Never give a inch.

One thought on “BOTWW: Never Give A Inch Edition”