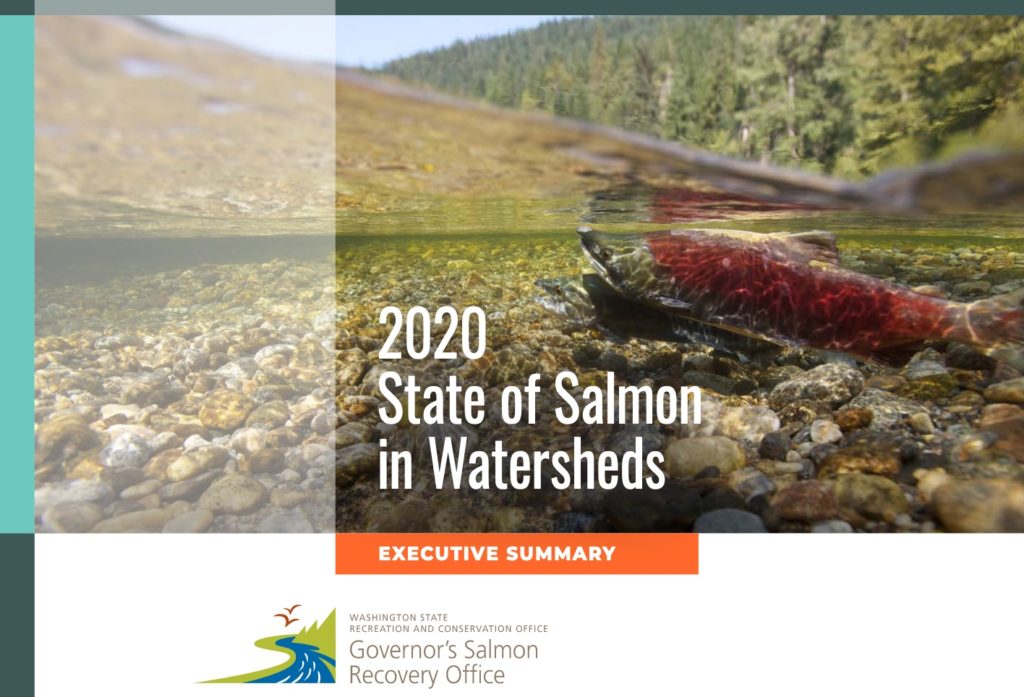 A just-released report from the Washington governor’s Salmon Recovery Office shows many salmon populations are “teetering on the brink of extinction.” According to the report, if the state doesn’t change how it addresses climate change and population growth, they may not survive. 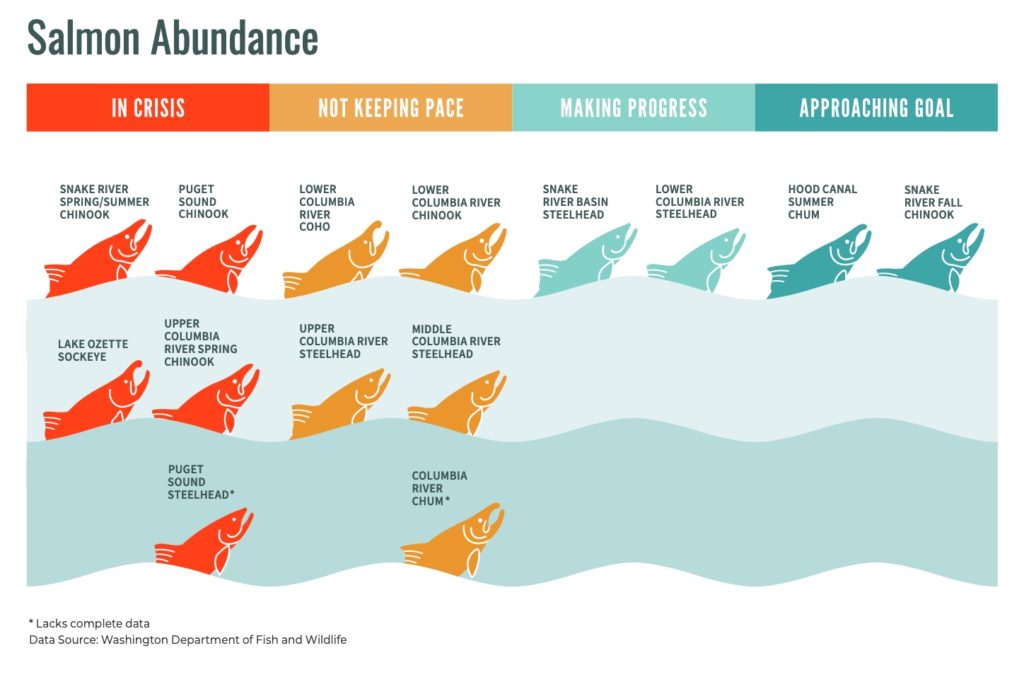 Ten of the 14 species of salmon and steelhead in the state are not making positive progress toward population growth and of those, five are in “crisis.”